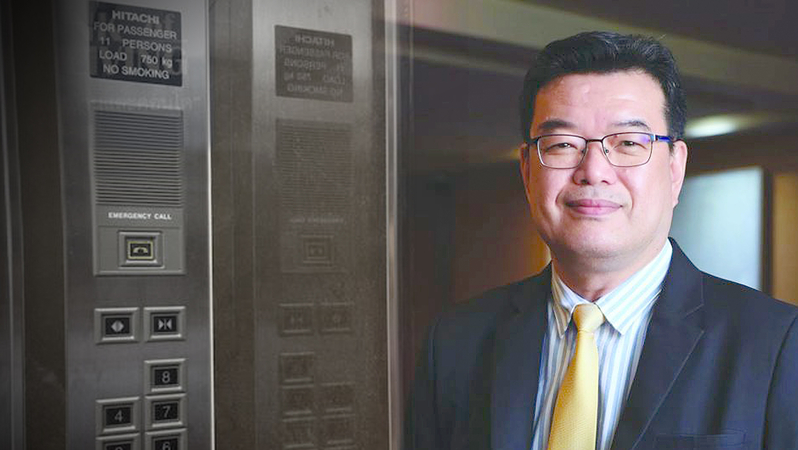 The demand for elevators and escalators in Cambodia is increasing by 10 per cent per year, from the 1,500 units of annual demand, Hitachi Elevator (Cambodia) managing director Sakchai Worrasangasilpa said.

This comes as the Cambodian economy has grown between 6 and 7 per cent in the past five years, especially the country’s construction industry, which is seeing increasing investment in office buildings, high-end condominiums and department stores.

“The company is the distributor and installer of elevators and escalators in Phnom Penh, which were produced and imported from Thailand,” Sakchai said.

“Our first project in Cambodia was Aeon mall in the capital. We provided 50 elevators and escalators in the first year, 2016, and this number increased to 100 the following year,” he said.

Sakchai said that elevators are considered a new innovation for Cambodians. “Most Cambodians have known about elevators for only five to 10 years, compared to Thais who have used them for more than 40 years.”

The market for elevators and escalators in Cambodia “is open”.

“There is no law, requirement or standard in the distribution and installation of elevators or escalators in this country,” he said.

“The products can be imported freely. Customers purchase them from a variety of distributors, including directly from foreign countries, especially China and Vietnam, which sells elevators and escalators at low prices,” he added.

“Hitachi hopes to sell 150 of these systems this year. And by 2021, the company expects to gain 25 per cent of market share in Cambodia,” Sakchai said.