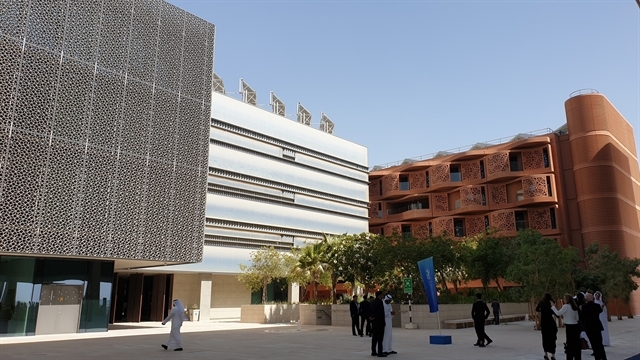 ABU DHABI — The capital of the United Arab Emirates (UAE) on Wednesday announced the launch of the world’s first university dedicated to artificial intelligence, in a bid to stay ahead of the disruptive technologies and diversify its economy from the reliance on oil.

Named after the Crown Prince of Abu Dhabi and de facto leader of the UAE who has long championed science and technology development in UAE, Mohamed bin Zayed University of Artificial Intelligence (MBZUAI) will offer academic post-graduate (MSc and PhD) courses in three key fields of AI – computer vision, machine learning and natural language processing – with access to some of the world’s most advanced AI systems to unleash its full potentials.

All graduate-level students admitted to the school will be eligible for a full scholarship along with several benefits such as a monthly allowance, accommodation arrangements and health insurance.

The first class of graduate students is scheduled to start coursework at MBZUAI campus in Masdar City, a new urban area in Abu Dhabi, in September 2020.

“MBZUAI aligns with the vision of the UAE leadership that is based on sustainable development, progress and the overall well-being of humanity and underpinned by capacity-building and active participation in finding practical solutions based on innovation and state-of-the-art technology,” said Dr. Sultan Ahmed Al Jaber, UAE Minister of State, who also served as Chair of the university’s Board of Trustees, at the press conference in Abu Dhabi.

“As such, the Mohamed bin Zayed University of Artificial Intelligence is an open invitation from Abu Dhabi to the world to unleash AI’s full potential,” Al Jaber said, referring to the school’s expectations that it would be able to attract talents in AI from all over the world.

“AI is already changing the world, but we can achieve so much more if we allow the limitless imagination of the human mind to fully explore it,” he added.

“The University will bring the discipline of AI into the forefront, molding and empowering creative pioneers who can lead us to a new AI-driven era.” 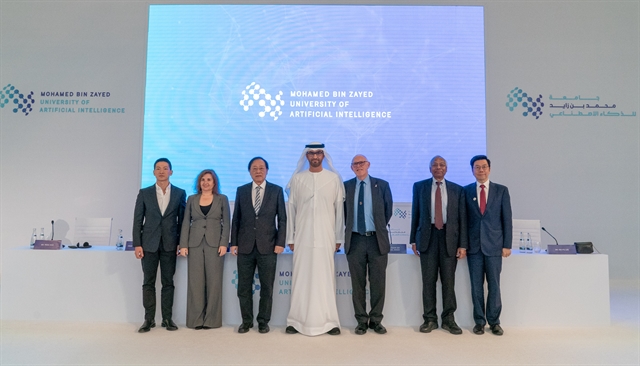 “It is the new technology upon which many applications will be built and they will change the world, it will disrupt and improve and amplify all kinds of professions and industries in the next 10-15 years,” Lee said.

He added that through the commitment for AI that the UAE has – having the first AI minister and now the first AI university, in addition to many pragmatic policies and considerable resources poured into the field – the country will soon become one of the technological leaders of the world.

Talking to Vietnam News Agency on the issue of female representation in AI in general and in the student body of the university, Prof Daniela Rus, director of the Computer Science and Artificial Intelligence Laboratory (CSAIL) at MIT and also a member of the university’s board, said the university is committed to making an “inclusive atmosphere where women feel appreciated and it’s also important to show the young females all the potentials for technology, all the extraordinary things they could do in the future.”

She said that the field of computer science currently has problems that require the expertise and involvement of all people, especially including the “unique perspectives of women” in a field where women are otherwise underrepresented, to make progress and tackle the world’s problems.

According to PricewaterhouseCoopers (Pwc), AI could potentially contribute US$15.7 trillion into the world’s economy by 2030, in addition to giving boost up to 26 per cent in GDP to local economies. For the UAE, AI’s contributions to the national GDP could rise to 14 per cent in the same timeframe, the largest ratio in the entire Middle East.

UAE has also become the first in the region to launch a national strategy on AI development. It is also leading the region in terms of Government AI readiness index, earning the 19th place in the world, according to a report from Oxford Insights. — VNS