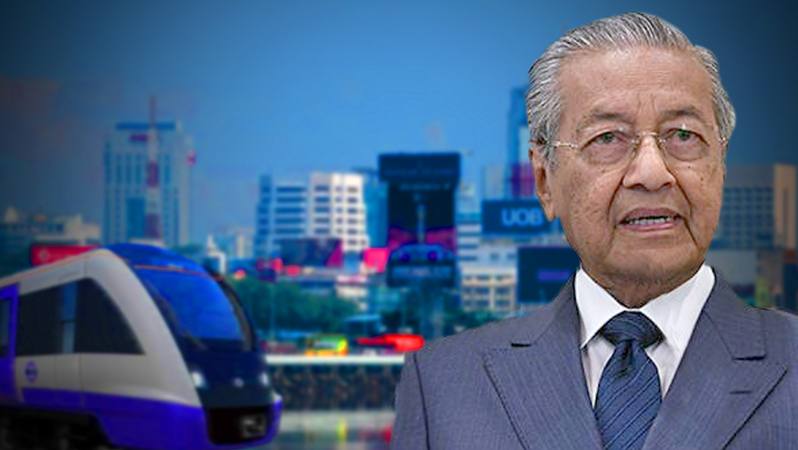 His comments about the Rapid Transit System (RTS) rail link followed that of Malaysian Transport Minister Anthony Loke on Tuesday that details of the project will be decided by the Malaysian Cabinet within two weeks.

Tun Dr Mahathir said when asked by reporters on Thursday: “We will proceed with the RTS but we will take some time.”

“That is something which will be announced later,” he said.

Finance Minister Lim Guan Eng, when delivering the 2020 Budget last week said the Malaysian government “intends to proceed” with the RTS link as a “longer-term solution to address the congestion”.

Mr Lim said it is a “pressing issue” to reduce traffic congestion at the two Johor land links with Singapore, which are used by more than 300,000 Malaysians daily.

Mr Loke had previously estimated that the RTS would cost RM4 billion.

Based on its original construction timeline, work was to begin this year, with the operational date set for December 2024. Previous reports said the RTS was to have the capacity to ferry 10,000 passengers per hour in each direction.

In April this year, Malaysia and Singapore agreed to suspend the project until Sept 30, with Malaysia to reimburse the Republic $600,000 for abortive costs, while the Pakatan Harapan administration reviewed ways to lower the project cost.

Mr Loke had said the original plan to set the one-way fare at RM15 (S$4.90) is expensive for Malaysians who travel to Singapore daily for work.

Last month, Malaysia’s Transport Ministry said both countries had agreed to extend the deadline to Oct 31 to decide on the project with no additional cost.