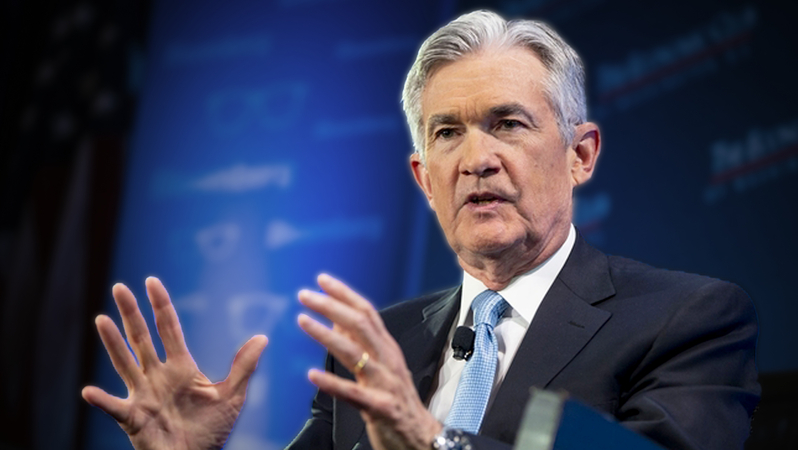 Federal Reserve Chair Jerome Powell, one of the top US economic policymakers, predicted the economy was not going to plunge into a deep downturn this year.

“I don’t see a recession in 2019," Powell said on Thursday in an interview at The Economic Club of Washington, DC. “The US economy is solid. It has good momentum coming into this year.”

Several prominent economists and investors have said there is a heightened chance of a recession by 2020. Lawrence Summers, a Harvard University professor and former treasury secretary under former President Bill Clinton, said earlier this week that he thought there was “better than a 50/50 chance” of a recession in 2020.

Powell stressed the Fed was “watching” the situation closely and monitoring potential cracks in the economy. His biggest concern is weakening growth in China and Europe, although he warns a prolonged US government shutdown can become a drag on the economy.

“The principal worry I would have is really global growth,” Powell said, but he added: “I still think the mostly likely baseline case for China is another year of solid growth.”

The Fed chair, who has been publicly criticised repeatedly by President Donald Trump in recent months, warned that if there were an “extended shutdown”, it would have an impact on the economy that “would show up in the data very clearly”.

JPMorgan Chase has estimated that the partial government shutdown, which was 20 days old on Thursday, is shaving US$1.5 billion off the economy each week, a modest amount in the context of a $20-trillion economy, the damage will keep growing.

While there is wide agreement that the US economy will grow more slowly than the roughly 3 per cent rate of 2018, there’s a lot of debate about how fast the slowdown will be. The Fed is projecting 2.3 per cent growth this year, but the precipitous stock market drop in December was partly driven by fears that growth will be significantly lower than that.

Recessions are typically caused by inflation rising quickly and forcing the Fed to respond with high interest rates or some sort of bubble in markets.

“We don’t see those risks,” the Fed leader said.

Powell also noted that it was a problem that the Commerce Department was mostly shuttered, which meant key economic data such as retail sales and growth in gross domestic product would not be released later this month unless the government reopened. That makes it harder for the Fed, and investors and government officials, to understand how the economy is doing.

Trump has urged the Fed not to raise interest rates at all this year. The Fed has projected two more rate hikes, but Powell is now signaling the Fed will be “patient” on any further hikes.

When asked on Thursday whether the central bank intends to raise rates at its meeting at the end of January, Powell said, “You should anticipate we’re going to be patient and watching,” which was widely interpreted as a “no”.

Wall Street traders see a 99.5 per cent chance the Fed won’t hike at the end of January, according to data compiled by CME Group.

Many business leaders remain optimistic about the US economy this year, despite higher interest rates and large swings in the stock market. The US Chamber of Commerce, which represents millions of businesses, projects low unemployment, modest inflation and 2.6 per cent growth for 2019.

“There are some who seem determined to talk us into a downturn,” Thomas J Donohue, president of the US Chamber, said in a speech on Thursday. “But rumblings of a recession just don’t match up with reality.”