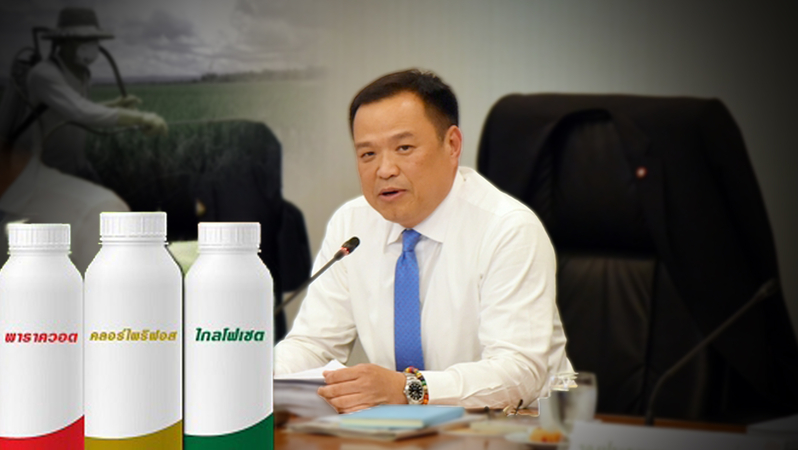 Twenty-six members of the Hazardous Substance Committee have reached a verdict to approve a planned ban on three toxic pesticides – Paraquat, Chlorpyrifos and Glyphosate – which are widely used in agriculture, Deputy Prime Minister and Public Health Minister Anutin Charnvirakul posted on his personal Facebook page on Tuesday.

Anutin thanked “every party which supports the banning of the three pesticides” and “congratulated Thais for having government officials and academics who have ethics and integrity”. 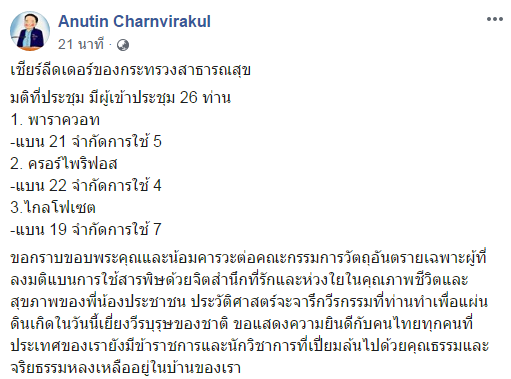