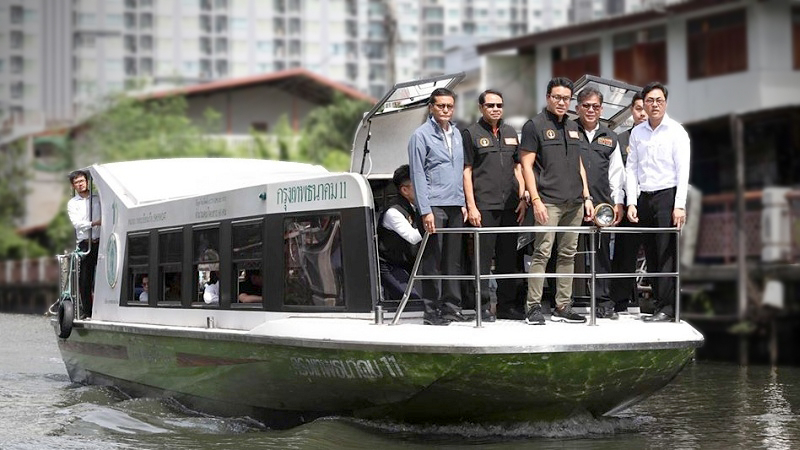 The Bangkok Metropolitan Administration (BMA) and related organisations have checked the strengths of pontoons to ensure safety for the huge numbers of people expected to come for the Loy Krathong festival, BMA deputy governor Sakoltee Phattiyakul said.

BMA will hold the festival under Rama VIII Bridge in Bang Phlat district and Klong Ong Ang in Phra Nakhon district. Some 100,000 people are expected to take part in the celebrations like last year and ports and pontoons have been prepared for the festival, he said.

Fifty other districts in Bangkok will also celebrate the festival so that locals can appreciate this long-preserved Thai culture. There will be 30 venues along Chao Phraya River, which will be open from 5pm until midnight before staff and personnel collect the krathongs from the area.

The BMA has publicised the weight limit for krathongs and also other restrictions such as a ban on launching light lanterns and firecrackers, to ensure people can celebrate the festival without risk of any accidents, he said. Shops that sell firecrackers face a fine of Bt6,000, or imprisonment not exceeding three years or both.