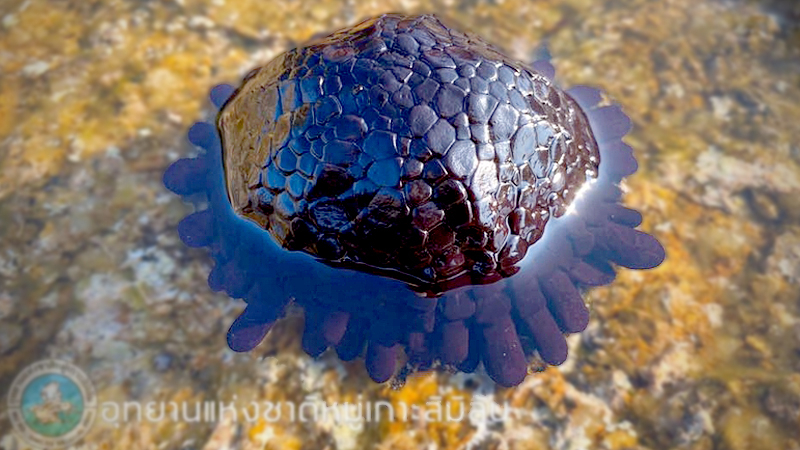 Mu Ko Similan National Park posted on its Facebook page Wednesday (November 13) that staff had found some 50 helmet urchins during a patrol last week on Ba Ngu Island, the first time that these rare aquatic animals had been spotted on the Similan Islands in Phang Nga province. 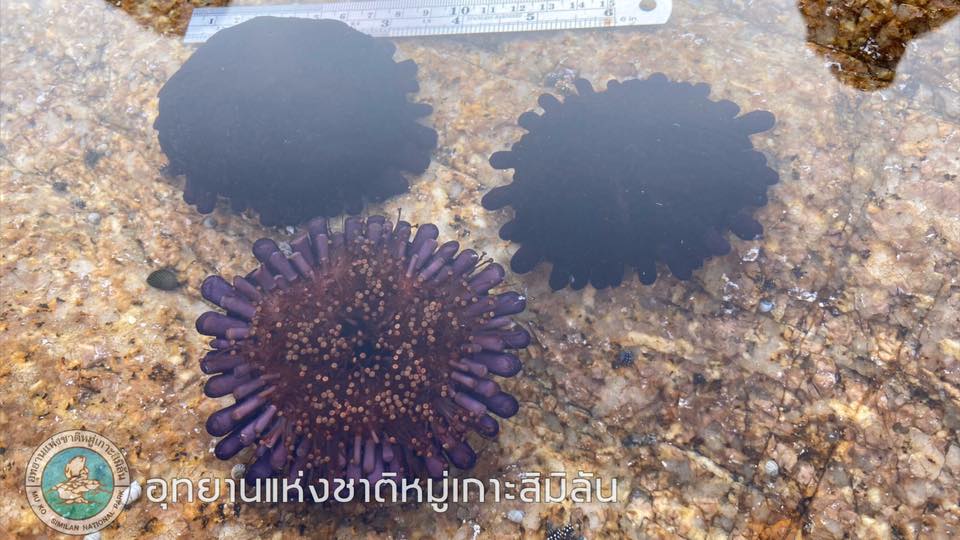 According to the National Park’s post, helmet urchins have scientific name of Colobocentrotus Atratus and sometimes are referred to as shingle urchins. They can be distinguished from normal sea urchins by the smooth, spike-free, shingle-like shell, which is a result of their evolution to adapt themselves to their habitat. Normal sea urchins have long spikes on their shell to fend off predators, but helmet urchins live in waters with strong waves and fewer predators therefore the spikes are unnecessary. 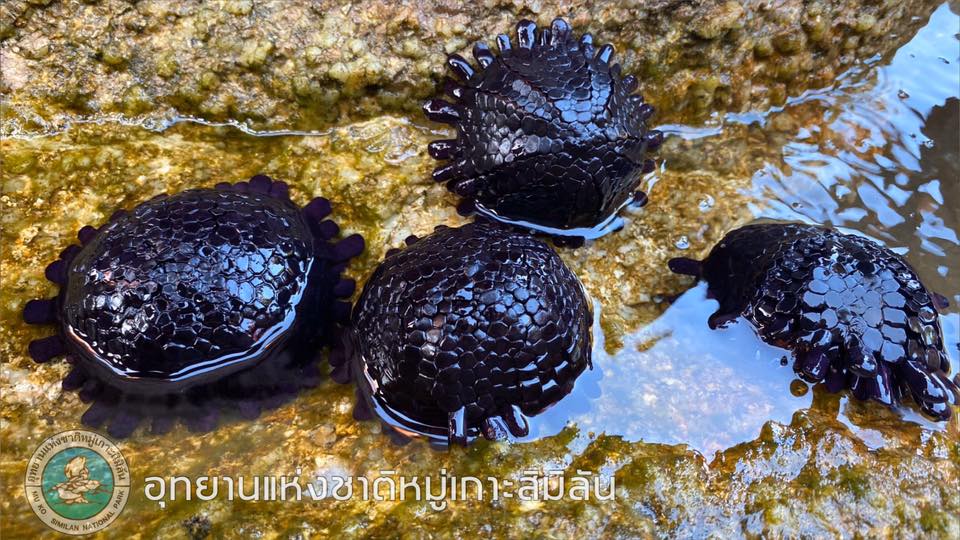 Marine biologist Sutheerachai Samatha added that the strong helmet shell also helps them withstand a wave impacts up to 27.5 metres per second, which is strong enough to uproot a tree. “Helmet urchins are usually found along rocky sea banks in the West Pacific and Hawaii, but are rarely sighted in Thailand’s waters. The latest sighting was reported in 2004 and this is the first time that they have been found on the Similan Islands.”