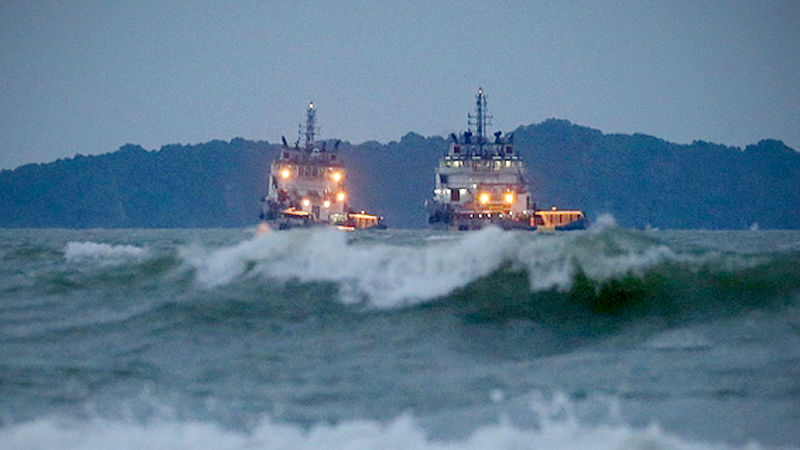 The strong northeast monsoon across the Gulf Thailand will bring heavy rain to the South while strong winds will whip up wave height to 2 metres, going up to 3 metres during storms, the Thailand Meteorological Department forecast on Wednesday (November 27).

Ships are advised to proceed with caution. Run-off from downpours will drain slowly and flash flooding on the Gulf side of the coast is likely.

Northern region: Cool in the morning, temperature lows of 16-20 degrees and highs of 31-35 degrees Celsius. Temperature likely to drop to 5-12 degrees on hilltops with frost in parts.

Northeastern region: Cool and foggy in the morning, lows 17-22 degrees and highs of 32-34 degrees Celsius. Temperature likely to drop to 9-15 degrees on hilltops.

Southern region (east coast): Cloudy with thunder showers in 60 per cent of the area and heavy rain in parts; lows of 23-26 degrees, high 29-33 degrees Celsius; wave height 2-3 metres, increasing to 3 metres during storms.