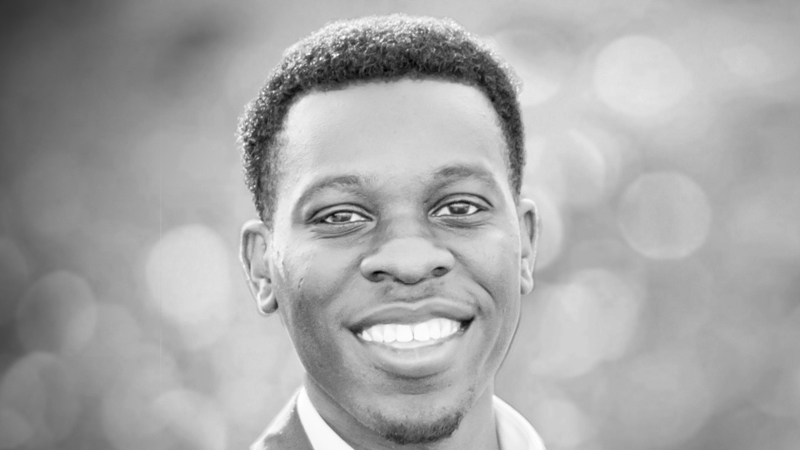 Toluse "Tolu" Olorunnipa is a White House reporter for The Washington Post.

WASHINGTON - In President Donald Trump's telling, everyone he's negotiating with has something in common: They're all dying to make a deal with him.

Whether it's Iran, China, Japan, Russia or the Taliban - Trump claims there's a mad rush by foreign friends and foes alike to sit at the table with him and negotiate under his terms. He has repeated the same boastful talking point even as he's struggled to finalize major deals.

"Let me tell you, the China trade deal is dependent on one thing, do I want to make it?," Trump said Tuesday during a summit of the North Atlantic Treaty Organization alliance in London. The Chinese, he added, "want to make a deal now."

Minutes later, Trump said that Saudi Arabia was "very happy" to agree to pay the United States for military protection and that Russia "very badly" wanted to strike an arms control agreement.

"Russia wants to make a deal as recently as like two weeks ago," he said.

But as Trump campaigns for his reelection, he has abandoned more deals than he has struck, and his boasts about eager negotiating partners could face scrutiny from voters who expected more results from the self-described master dealmaker, said Barbara Perry, a presidential historian at the University of Virginia's Miller Center of Public Affairs

"Three years into his term, are there going to be people who say 'He promised me X, and I didn't get it, and now I'm not voting him'?" she said. "It's certainly a high-wire act."

In some cases, other countries have flatly contradicted Trump or expressed surprise about his assertions, indicating that some of his claims of favorable negotiating conditions are more wishful thinking than reality.

During a Thanksgiving Day visit to troops in Afghanistan, Trump said that the Taliban "wants to make a deal" and that "tremendous progress" had been made.

But the next day, neither the Taliban nor the government of Afghan President Ashraf Ghani indicated that a cease-fire was even under discussion.

More than 100 times over the past two years, Trump has claimed that China was anxious to end the trade war by capitulating to his demands. In one case this summer, he claimed that he had received high-level phone calls from Chinese officials pining for a deal - something that China immediately denied.

"China is dying to make a deal with me," Trump told reporters on July 30.

Months earlier, China was also desperate to strike a deal - at least in Trump's telling.

But Trump has not secured such a deal, and the trade war has only escalated with both sides imposing tariffs on imported goods. Trump has repeatedly hailed some intermediate steps, including Chinese pledges to purchase American agriculture, while the broader negotiations have failed to sustain momentum.

On Tuesday, Trump indicated the long-awaited deal with China may not happen for another year, but said he's fine with that despite his boasts about Beijing's desperation to get a deal done.

"I have no deadline," he told reporters. "In some ways, I think it's better to wait until after the election, if you want to know the truth."

While Trump previously has pointed to his "great friendship" with Chinese President Xi Jinping as a reason for optimism about a trade agreement, on Tuesday he said the relationship has soured.

"I don't think he likes me so much anymore," Trump told reporters.

The shift from ambitious claims about soon-to-be-announced deals to more realistic assessments about their slim prospects has become a familiar one in the Trump administration.

The president has claimed that the Palestinians want to make a deal with Israel; that Iran was eager to meet with him to renegotiate the nuclear agreement he abandoned; that North Korea's Kim Jong Un wanted to abandon his nuclear program; and that Japan was ready to capitulate to his demands to avoid car tariffs.

But deals with all of those actors have been elusive and in some cases, Trump has lost ground after touting progress.

On Tuesday, Trump said he would slap tariffs on French wine and other products as a retaliation for the digital services tax, which hits American technology companies. Trump's administration said Monday that the French tax should be met with tariffs on $2.4 billion in imports, a significant escalation that indicated a deal with France had become unlikely.

In his 1987 book "The Art of the Deal," Trump encouraged aspiring dealmakers to "use your leverage," advocating a high-pressure approach to forcing a competitor's hand. Trump's continues to embrace the themes of his book as he tries to strike deals from the White House, Perry said.

Trump often credits himself with creating favorable negotiating conditions, claiming that he has forced other countries to the table by pressuring them with drastic moves.

Trump said Russia wanted to strike an arms deal only because he had pulled out of the existing treaty. He said China wanted to make a deal because his tariff campaign had tanked its economy. He said the Palestinians would be eager to negotiate a peace deal with Israel because he had moved the U.S. Embassy to Jerusalem, taking that contentious issue off the table. He claimed the Taliban was ready to strike a cease-fire only because he increased military pressure on the militants after a potential agreement fell through in September.

"Everybody wants to make a deal," Trump told WITN-TV in Greenville, North Carolina, in July.

There's little proof any of that has actually worked to secure the deals that Trump seeks. In many cases, his moves have angered the other party or pushed it to consider new alternatives.

Trump has repeatedly highlighted the victories from his unorthodox negotiating strategy, including Mexico's willingness to deploy troops to stop migrants from crossing the border and the U.S.-Mexico-Canada trade agreement that's pending before Congress.

And Trump's showmanship has worked with his core supporters, who continue to believe in his dealmaking abilities, said Perry.

"As he sees the clock running out on the final year of his term, now he will turn to the next argument," she said. "Which is: 'Well, I haven't gotten the best deal that I wanted. . . so of course you need to reelect me to make sure that great deal that I assured you would happen, will happen.'"