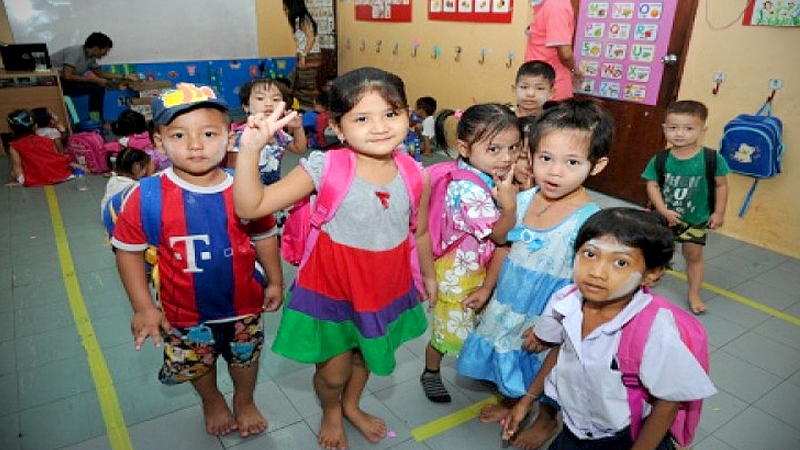 A Chulalongkorn University researcher has called for government measures to assist the children of migrant labourers.

Premjai Vungsiripisal presented her work on the vulnerabilities of migrant children’s health situation at the National Conference on Migrant Health late last month, aiming to push for relevant policies or measures to help those children.

Premjai, a researcher at Asian Research Centre for Migration at Chula's Institute of

Asian Studies, said that Thailand has a clear policy on migrant workers. However, there is no clear measure to deal with children born after their parents come to work in the country.

“Those migrant children receive welfare like Thai children in many aspects, namely, immigrant registration, birth certification, vaccines, and fundamental education in public school,” added Premjai. “Presently, numerous children have no identification documents, and have not received vaccines or the complete set of them. Also, they were found to have lower weight and smaller body size than Thai children of the same age”.

Total migrant children were estimated to be around 250,000, but those who were registered with the government system were likely to be lower than that.

In addition, the system did not cover unregistered migrant workers and children, and the insurance premium for children aged seven years old or older was as expensive as for adults, or unaffordable for some migrant families. An accessibility to medical services was found to be the main need of those migrant workers and their children according to a survey.”

Furthermore, numerous migrant children got jobs unsuitable for their age, posing a risk to their health. Besides, those children who were beggars or street workers have faced violence, rights violation, and restriction in accessing health services.

“The health situation of migrant children is vulnerable in many aspects, due to government policy loopholes. Those measures did not cover all groups of children, as well as operation of relevant agencies that can be approached only by some group of migrant children,” said the researcher. “Guidelines and measures are needed from various concerned parties”.