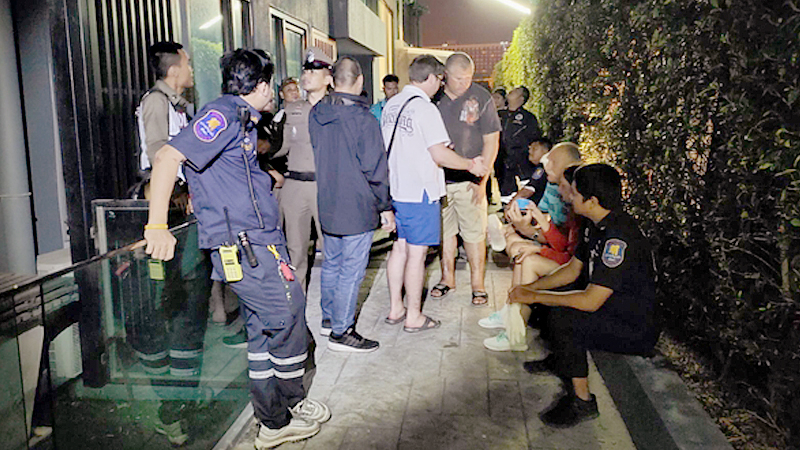 Pattaya police were called to Acqua condominium in Jomtien at 1am on Tuesday (December 24) following a report that a foreigner had fallen to his death from a sixth-floor apartment.

Arriving at the scene, they discovered the body of a man with a fractured skull. He was later identified asVladimir Dzhumok a 45-year-old Russian.

Security guard, Anuruk Pradapsoeth,30, told police that he had heard two foreigners arguing then a loud crash and a shout that someone had fallen.

Police have not yet decided whether it is an accident or suicide, as it appeared that the Russian had been arguing with his lover just prior to the fall. The body will be sent to the Institute of Forensic Medicine for autopsy.