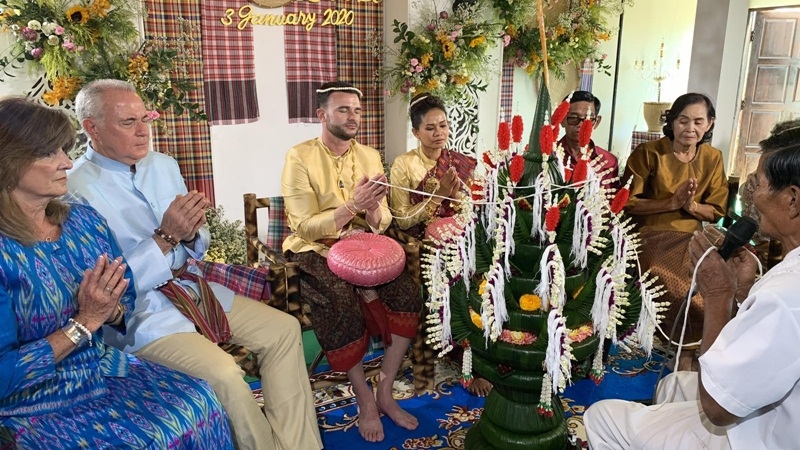 An American real estate entrepreneur, Steve Tagones (37), flew in his parents and friends a few days ago for his marriage ceremony with Anong Poolta (40) today (January 3) at the bride's house at Ban Nong Tama village in Si Sa Ket province.

The group of 50 attended the traditional Khan Maak procession yesterday (January 2), featuring a tall narrow drum and followed by a group of tricycle.

The day before the procession, the couple visited Dok Lamduan Festival in Si Sa Ket. As an engagement gift, Steve offered a house on 12 rai of land in Si Sa Ket province. 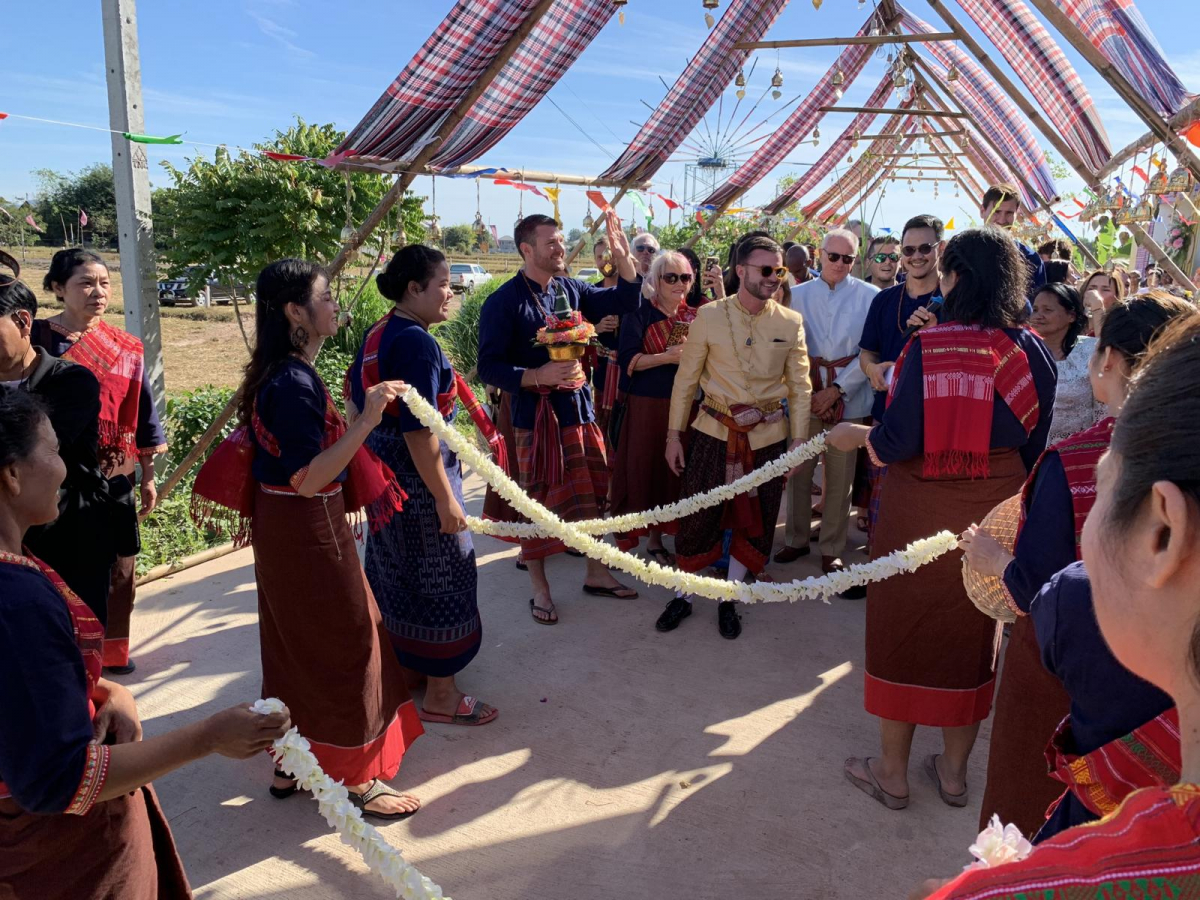 Samruay Poolta, the bride’s mother said she was very happy seeing her daughter marry in Thai tradition. However, she admitted initially she was not sure about their relationship because Tagones is a foreigner, but now she fully agrees with their decision. 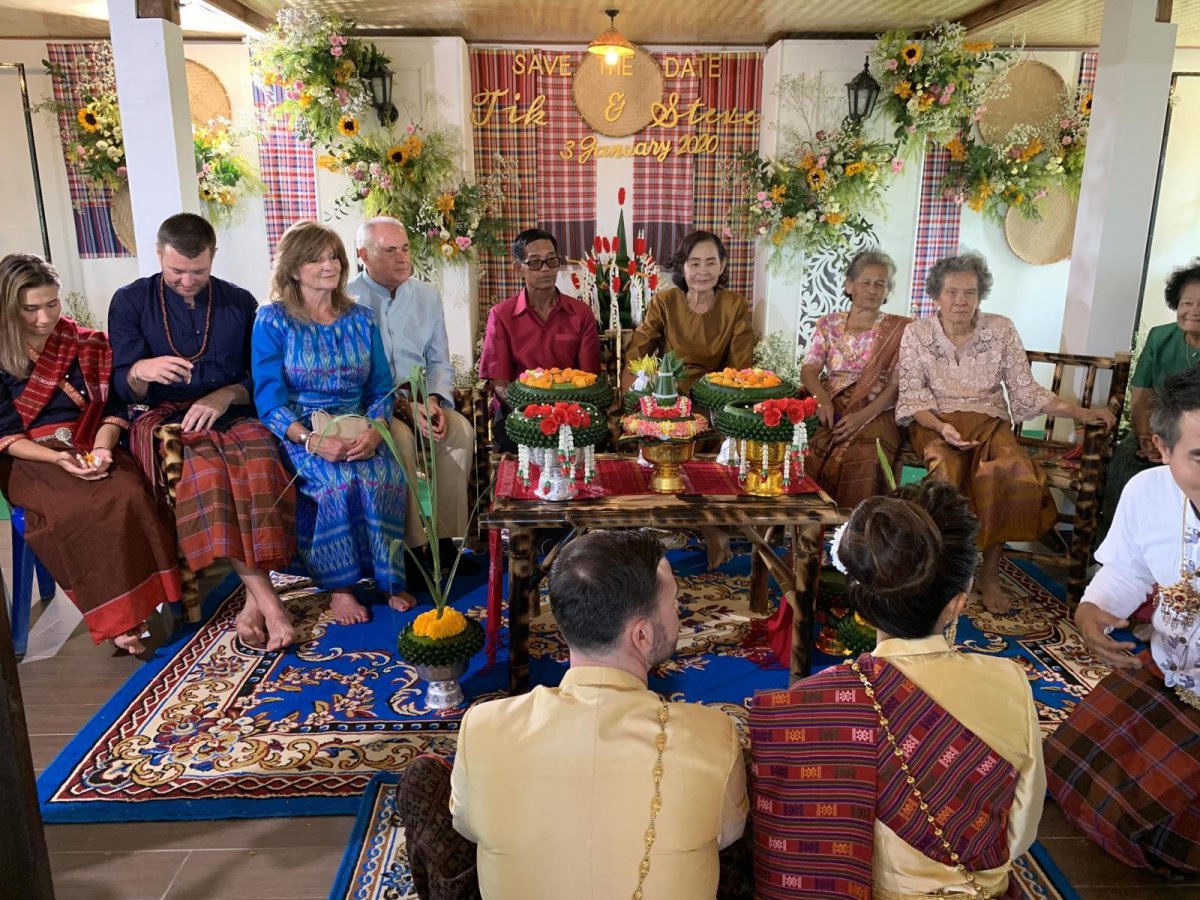 The groom said that when he is old, he will quit his real estate business to live in Thailand and grow vegetables until he dies,” Samruay said. The dowry included Bt2 million in cash and 5 baht of gold.

The couple, she said, have worked together for 15 years.

The wedding ceremony was held in the morning, while the party will take place at the bride's house in the evening,” she added.

“His friends will attend the party, then travel in Thailand for 3-4 days before returning home”.