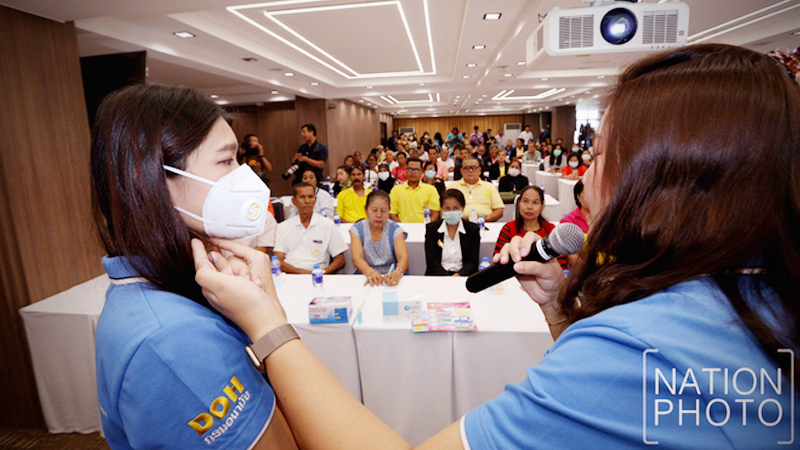 BEIJING - The Philippines has become the latest country to block entry to travelers from China, including Hong Kong and Macao, after a man from Wuhan died in Manila of the coronavirus, the first person outside China to die from the pneumonia-like respiratory illness.

President Rodrigo Duterte decided to ban all people traveling from China, regardless of nationality, on the same day that New Zealand announced that it would also be imposing strict new limitations.

The decisions, both from countries with economies that rely heavily on tourism from China, comes as the number of coronavirus cases continue to surge.

The number of infections in China is almost 14,400, according to the latest figures from the National Health Commission, while the number of dead has risen to 304, although anecdotal reports suggest the true number could be much higher.

The virus has been detected in some 20 other countries, from the United States and France to Thailand and Australia.

Many of those countries have taken action to stop the spread of the virus by blocking entry to Chinese nationals or to people who have traveled from or through China.

New Zealand's government announced that from Monday, it would deny entry to foreign travelers arriving from China and order returning New Zealanders to isolate themselves for 14 days.

"We have been advised by health officials that while there are still a range of unknowns in the way the virus is being transmitted, we should take a precautionary approach and temporarily stop travel into New Zealand from mainland China, and of people who have recently been in China," Prime Minister Jacinda Ardern said Sunday.

In Manila, President Rodrigo Duterte decided to expand the Philippines' travel restrictions from those traveling from Hubei province, the epicenter of the outbreak, to the rest of mainland China as well as its special administrative regions, Macao and Hong Kong.

"I wish to emphasize that we are not singling out Chinese nationals," Sen. Christopher "Bong" Go, a close aide to Duterte, said in an interview with DZBB radio station on Sunday, after meeting with the president on Saturday night. "It covers all travelers from China to the Philippines regardless of nationality," he said after the report of the death.

The 44-year-old Wuhan man who died in Manila arrived in the Philippines, via Hong Kong, on Jan. 21 and was admitted to hospital with pneumonia four days later. His 38-year-old companion remains hospitalized, the Department of Health said.

"I would like to emphasize that this is an imported case with no evidence of local transmission," Health Secretary Francisco T. Duque III said in a statement.

But even as countries around the world impose restrictions on travel from China, the Foreign Ministry's combative spokeswoman, Hua Chunying, has sought to frame the coronavirus outbreak as part of a bigger, existential battle between the United States and China.

After U.S. Commerce Secretary Wilbur Ross said the coronavirus could "help" to bring jobs to the United States as companies moved operations away from China, Hua said these "unfriendly U.S. comments" were "certainly not a gesture of goodwill."

"A friend in need is a friend indeed. Many countries have offered China support in various means," she said. "In sharp contrast, certain U.S. officials' words and actions are neither factual nor appropriate."

Over the weekend, she singled out the United States for going against the World Health Organization's advice that travel limitations were not necessary, even though a raft of other countries have also imposed restrictions.

A "certain country has turned a blind eye to WHO recommendations and imposed sweeping travel restrictions against China," Hua tweeted Saturday. "This kind of overreaction could only make things even worse. It's not the right way to deal with the pandemic."

China is still struggling to contain the spread of the virus, which began in December in a market in the Hubei provincial capital of Wuhan, where exotic animals including bats, civets and snakes were sold for consumption. Bats and the catlike civets have been linked to previous mutations in viruses that have enabled them to jump from animals to humans, including severe acute respiratory syndrome (SARS), which began in southern China in 2002.

With authorities slow to recognize this latest outbreak as a new virus and even slower to warn people of it, the number of infections has continued to rise rapidly, past the number infected by SARS.

The number of confirmed cases rose by almost 2,000 between Saturday and Sunday alone, despite stringent restrictions placed on movement of some 50 million people from Hubei province.

The People's Liberation Army sent 1,400 medical staff from the armed forces to Wuhan to treat patients at the new 1,000-bed Huoshenshan Hospital, which was built in just 10 days and is due to start operation from Monday.

In trying to contain the outbreak, Hubei officials continue to speak in a terms of an epic battle against what Xi has called a "devil" virus.

"Cadres at all levels should truly show a wartime spirit," the Hubei state newspaper exhorted Sunday after a meeting of provincial pneumonia prevention headquarters.

The outbreak could be much worse than it appears even now, and could get dramatically worse over the next week or two, according to a new study by University of Hong Kong scientists that was published in The Lancet on Saturday.

They found that as many as 75,815 people in Wuhan had been infected with the coronavirus by Jan. 25, based on an assumption that each infected person could have passed the virus onto 2.68 others. It also said that epidemic was doubling every 6.4 days.

If the virus was spreading at a similar level around the country, "we inferred that epidemics are already growing exponentially in multiple major cities of China with a lag time behind the Wuhan outbreak of about 1-2 weeks," the scientists wrote.

Medical advice over the past two weeks has emphasized the need to wear masks to stop transmission through respiratory droplets from the mouth and nose. But Chinese authorities are now saying that the virus can be passed from fecal matter.

Researchers from Renmin Hospital of Wuhan University and the Wuhan Institute of Virology of the Chinese Academy of Sciences reported this weekend that there had been fecal-oral transmission. It warned medical workers to "protect themselves against vomit and feces of patients."

In Shenzhen, on China's southern border with Hong Kong, scientists at the Third People's Hospital said the stool samples of infected people had tested positive for the virus, further suggesting that it could be transmitted through feces in addition to through respiratory droplets.

"When mildly ill patients are isolated in their homes, they and their family members should pay special attention to hygiene, and they should avoid sharing bathrooms with family members as much as possible," officials said, according to the China News Network.

But as the virus continues to spread and new cases continue to emerge, anger is mounting about the lack of access to protective equipment, especially the face masks that the authorities are urging be worn in public places.

With stores and online shopping sites sold out of masks, many cities across the country have launched an online booking system or lottery system for masks.

In Guangzhou in the south, each person can reserve up to five masks a day, although those in Shaoxing, Zhejiang, are allowed only one. The southeastern seaboard city of Xiamen, authorities have launched a lottery system for residents.

Masks and other basic protective equipment like goggles and gloves are in such short supply that Hubei hospitals have been openly appealing for donations on social media.

There is growing criticism about the shortage of masks and particularly about the distribution of the masks after a video emerged of a man taking a box of masks apparently donated to the Red Cross Society in Wuhan. Rumors spread that the man was diverting the masks for local leaders, rather than for their intended recipients, prompting state news outlets to claim that he was simply delivering them to their rightful place.

A list of the materials donated to the Red Cross Society of China's Hubei Branch showed that 36,000 masks had been given to two private hospitals in Wuhan, while the public Wuhan Union Hospital, whose doctors have been working at the front line in fighting the coronavirus, had only received 3,000.

One Wuhan doctor said that his hospital had not received a single mask from the Red Cross, one of the few officially recognized organizations permitted to handle civic donations.

In a post on social media, since deleted by censors, the doctor said his hospital had only 300 N95 masks left, barely enough for a day. "Fortunately we got a batch of donations from America, 500 U.S. FDA standard N95 masks. It made us so happy because we could last one more day!"

One netizen even called the Wuhan Charity Federation and other such groups "pixiu," a mythical winged animal that eats but never defecates, accusing them of receiving more than $80 million in donations but spending none of that amount on the public. That post has also been deleted by China's zealous internet police, which tries to swiftly stamp out any criticism of the ruling Communist Party.

In apparent recognition of this growing discontent, Premier Li Keqiang, who is leading the party's efforts to prevent and control the coronavirus outbreak, went to the national hub for medical supplies in Beijing over the weekend.

Li "called for all-out efforts to ensure the provision of key medical supplies and create necessary conditions to win the battle against the outbreak," the Foreign Ministry said Sunday in a statement about his visit. He also urged "further refinement" of the ways equipment was allocated, noting that "the priority is to meet the needs of medical workers selflessly saving lives on the front lines."

Echoing the military language of the state media, Li said medical supply manufacturers were "like military contractors producing for the 'arsenal' in this battle against the epidemic."