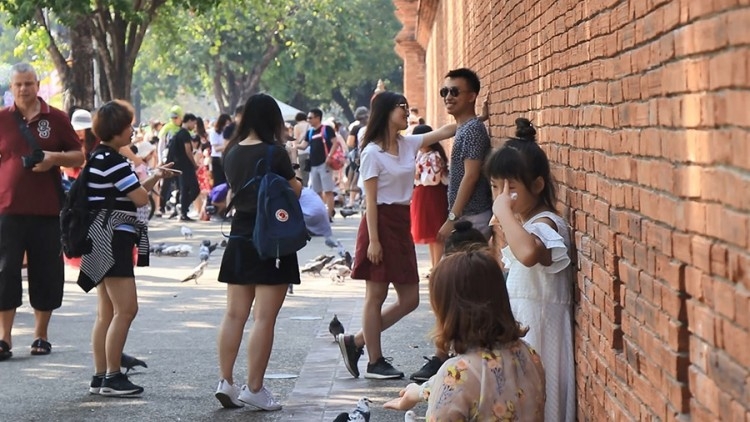 Tourism in Chiang Mai has taken a severe hit because of the outbreak of the new coronavirus, Pakkanan Winitchai, director of Tourism Authority of Thailand (TAT)’s Chiang Mai Office, said.

“Chiang Mai is one of the most popular tourist attractions for Chinese tourists, especially during New Year and Chinese New Year, but since the virus outbreak they have cancelled trips and hotel reservations up until March,” she said.

“Statistics from 2018 show that Chiang Mai welcomed more than 10 million visitors, 3 million of whom were foreign tourists and one-third of them Chinese,” she added. “Of the visitors, 70 per cent visited Chiang Mai on their own vehicles while 30 per cent came with guided tour groups. Tourism entrepreneurs in Chiang Mai could see a huge drop in income this year because of cancellations by guided tour groups in the first quarter of the year.”

Pakkanan further added that TAT’s Chiang Mai Office had discussed with 11 other provincial offices to come up with measures to boost tourism in the northern region to compensate for lost income. “We agreed to organise more new events to highlight tourist attractions of each province, as well as stage more cultural events from February to April,” she said. “As for Chiang Mai, we will hold the ‘Lanna Gastronomy’ event to promote over 50 restaurants in Chiang Mai that have been awarded Michelin Bib Gourmand and Michelin Plate since last November. Meanwhile, Chiang Rai will hold events to highlight their OTOP [one tambon one product], which includes an assortment of teas and coffees.