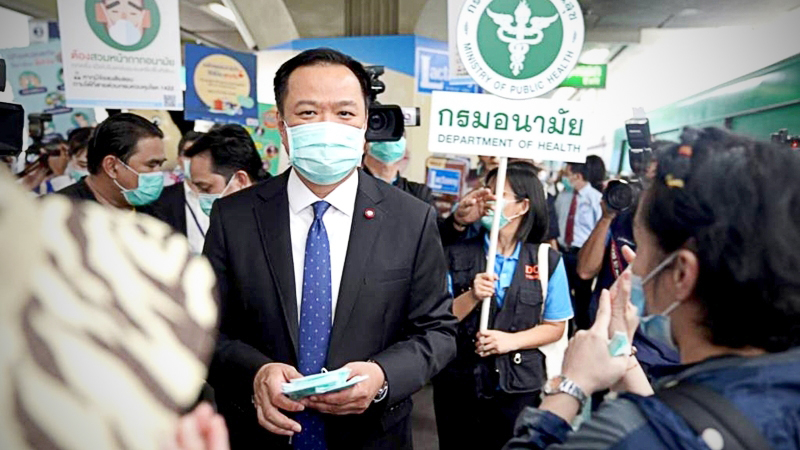 Public Health Minister Anutin Charnvirakul got a little miffed at Western tourists this week when several rebuffed the protective facemasks that he was personally distributing on a Bangkok street.

Anutin said the incautious farang should be reported to their embassies and expelled from Thailand. Asian tourists and especially Chinese were meanwhile happily accepting the masks, he said.

The Chinese are perhaps in a mood to be grateful after the government decided to keep granting them visas on arrival.

It had been suggested the privilege be withheld amid the coronavirus scare, but the value of Sino-Thai relations prevailed.

At the same time, Anutin and other officials have been strongly criticised by fellow Thais online for the government’s initially slow and ineffective response to the virus outbreak.

Anutin later apologised on Facebook for his comment, insisting the government is doing its best to tackle the situation and deserved respect for trying – not the kind of rejection he experienced.