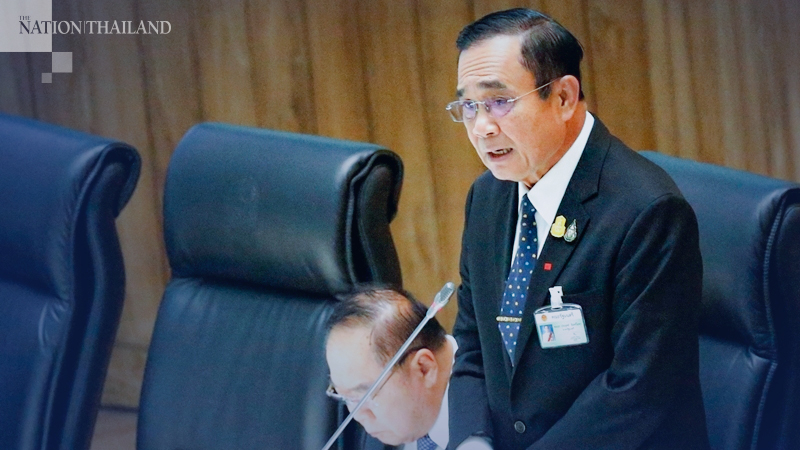 Prime Minister Prayut Chan-o-cha has denied that the government financed the military in waging cyber-war on critics of his handling of the insurgency in the Thai South.

He complained that the allegation, made by former Future Forward Party MP Wiroj Lakkhanaadisorn, had damaged the government’s image and should be investigated.
“It’s not a threat. It’s just a procedure,” Prayut said.
The premier has been quizzed before about information operations (IO), which some see in the state’s hands as an invasive use of technology that might violate basic rights and freedoms, but insisted he had no policy on the matter.
Lt Gen Thanya Kriatisarn, commander of the Second Army Region, said he ordered relevant organisations to share information with the Defence Ministry and added that Wiroj’s allegation merely muddled the facts.
“I can confirm that this wasn’t a ministry order to establish IO in each division of the Army,” he said.
The ministry is vulnerable to critics’ confused attacks because it remains weak at public relations, he said.
Wiroj Lakkhanaadisorn on Tuesday made public three military documents – one from Internal Security Operations Command (ISOC), a video interview with an alleged former IO officer, and a Line message from commanders involved in the alleged operation.
The documents appeared to accuse a website that allegedly encouraged unrest in the southern border provinces, pulony.blogspot.com, of being funded by ISOC from 2017-2019.
They indicated that IO was operated via three Line chat groups, members of which created two accounts on Facebook to tackle the government’s critics.
“This kind of operation must get its funding from somewhere, and the Army can’t do it without orders,” Wiroj said.
“The budget must have come from tax revenues, and it was being used to legally oppose citizens on social media. I believe the prime minister, who is also defence minister, was behind it.”