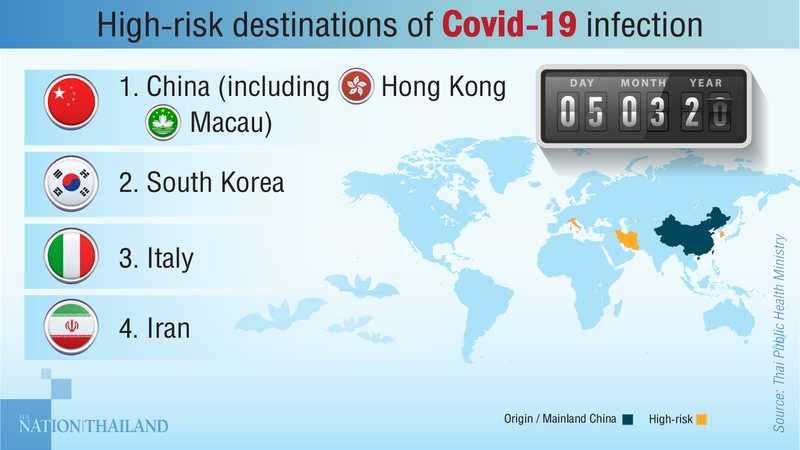 All returnees from “high-risk” coronavirus-hit countries such as China – including Macau and Hong Kong – South Korea, Italy and Iran need to undergo self-quarantine for 14 days, or they may be subject to quarantine organised by the authorities.

The Covid-19 disease was declared a dangerous communicable disease on February 24, under the Communicable Disease Act 2015.

The government has not yet banned travel to and from the four countries and two territories. So far, the government has not quarantined everyone coming in from those nations except for those who are suspected of having the virus symptoms at airport primary screening points.

A lack of details or more information from the Public Health Ministry on what the government will do with those from high-risk countries has angered people and caused frustration.

Over the past few days, people were confused about the list after Health Minister Anutin published a list on his Facebook page on Tuesday, stating that the high-risk countries were Japan, Germany, South Korea, China – including Macau and Hong Kong – Taiwan, France, Singapore, Italy and Iran.

Anutin admitted on Wednesday that there was some confusion about the list of high-risk countries and territories which had appeared on his Facebook page. He said the list was not final. He also closed the page.