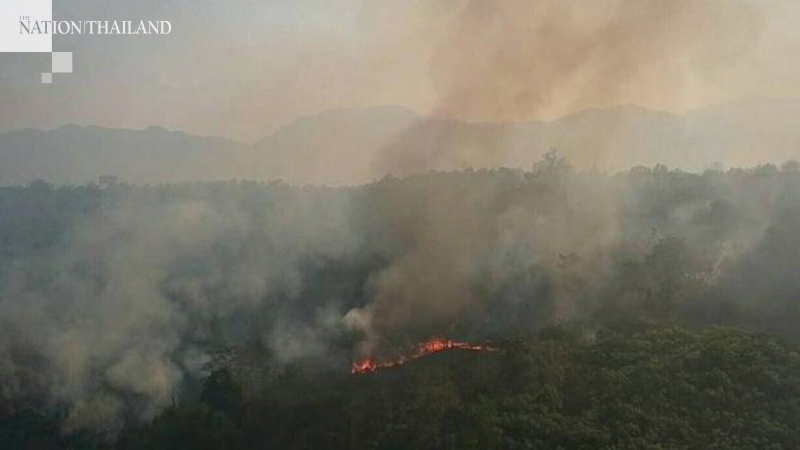 Chiang Mai this afternoon (March 10) became the most air polluted city in the world, according to AirVisual.com.

AirVisual reported on its website that Chiang Mai’s air quality index (AQI) today had a PM2.5 level of 239 micrograms per cubic metre on average, much higher than the 100 AQI safety standard. Areas with the highest PM2.5 levels included Chiang Dao district at 445 and Mae Taeng district at 355. 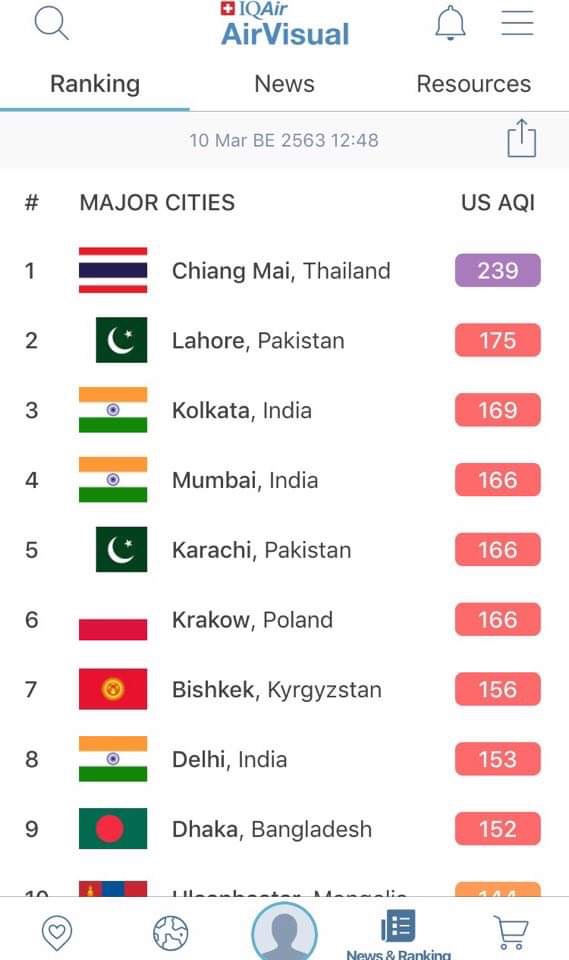 The Pollution Control Department reported that air pollution in the North will tend to worsen this week due to the burning of fields and farmlands in neighbouring countries, which has created high levels of particulate matter less than 2.5 microns in diameter, or PM2.5, in the region. The department cited heat signature readings, which have spiked around Tachileik city in Myanmar.

Chiang Mai has suffered from air pollution since late January, when the PM2.5 level reached 189 micrograms per cubic metre on January 28 and has continued to climb since.