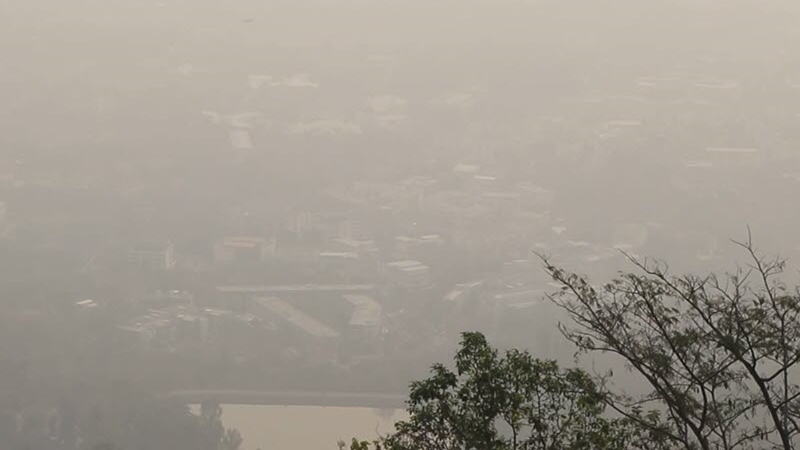 The level of PM2.5 dust particles in the air in the North topped 400 micrograms per cubic metre on Friday (March 13).

The AirVisual application put the dust level in downtown Chiang Mai around 200mcg on Friday morning, high enough to keep it at No 1 on the app’s list of the world’s most polluted cities.

The Asean Specialised Meteorological Centre noted that the number of forest fire hotspots in the Thai North had not risen from 200, so the haze there was likely coming from Myanmar and Laos.

Thalearngsak Petchsuwan of the Pollution Control Department nevertheless said wildfires in Thailand had to be extinguished to lower the pollution level and he urged the Army and the ministries of Interior and Natural Resources and Environment to act.