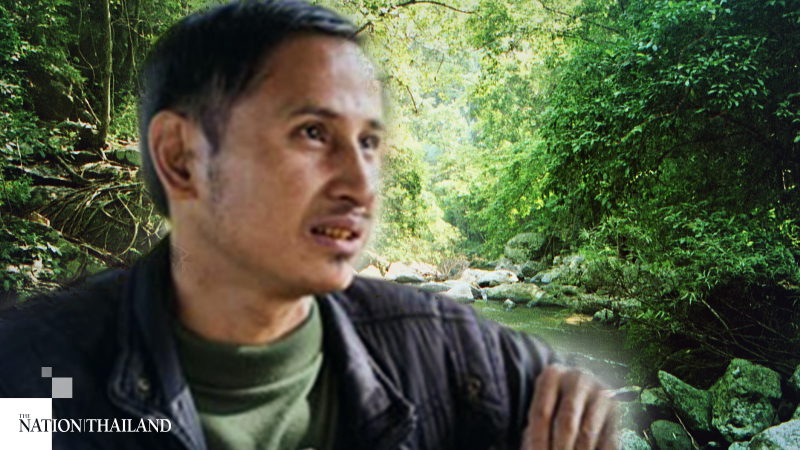 Amnesty International has urged authorities to ensure that the family of Karen human rights activist "Billy" learn the truth of what happened to him after he was last seen in the custody of Kaeng Krachan National Park officials on April 17, 2014, saying his suspected killing should not go unpunished.

The family of Pholachi “Billy” Rakchongcharoen last saw him six years ago. A few days later, on April 17, 2014, he disappeared after being taken into state custody by National Park officials in Kaeng Krachan National Park.

"After a year that saw the Thai government make unprecedented progress in the investigation of his case -- only for prosecutors to dismiss serious charges against suspects in January 2020 -- his family is still waiting for justice," Amnesty said.

Amnesty also raised his family’s struggle "with a cycle of violations, from forced eviction and destruction of their property in 2010 and 2011; death threats for seeking redress for these violations; his disappearance in 2014 and failure to provide his family with redress". Amnesty said there was an urgent need for authorities to make enforced disappearance a crime under national law.

In September 2019, the Department of Special Investigation (DSI) -- a specialist investigative unit – found breakthrough evidence in the form of charred bone fragments discovered in an oil drum underwater in the park where Billy had disappeared. DNA matches to Billy’s mother appeared to confirm Billy’s death. Two months later, the DSI pressed charges of premeditated murder, illegal confinement, and concealing the victim’s body against four suspects – including the then-National Park chief who had taken him into custody and two other state officials.

However, hopes for justice for Billy’s family’s loss were set back when in January 2020, the State Prosecutor dropped all but one charge – of official misconduct -- citing lack of evidence that Billy had died.

At the time of his enforced disappearance, Billy, a Karen environmental and community rights defender, was working with fellow villagers and activists in Kaeng Krachan Park to challenge human rights violations against Karen people, including his family members, who had faced forced eviction and arson. He had reportedly told his wife, Pinnapa “MueNor” Prueksapan, at the time that “The people involved in this aren't happy with me. They say that if they find me, they'll kill me. If I do disappear, don't come looking for me. Don't wonder where I've gone. They'll probably have killed me.”

Since his disappearance, the court ruled in 2018 on the case he had been gathering evidence for at the time of his disappearance. They confirmed that state park officials had acted unlawfully by burning villagers’ homes and property – including that of Billy’s grandfather.

In 2019 the Unesco Heritage Committee postponed any decision on awarding World Heritage status to Kaeng Krachan National Park, citing concerns about human rights violations. Billy’s community is among groups who have complained that new legislation on national parks will further limit their rights.

"The 2019 National Parks Act gives National Park officials increased powers to determine communities’ ability to access park lands. It gives official powers to search and destroy without court orders, which could lead to further forced evictions and destruction of their property – the very violations Billy was challenging when he disappeared," Amnesty said.