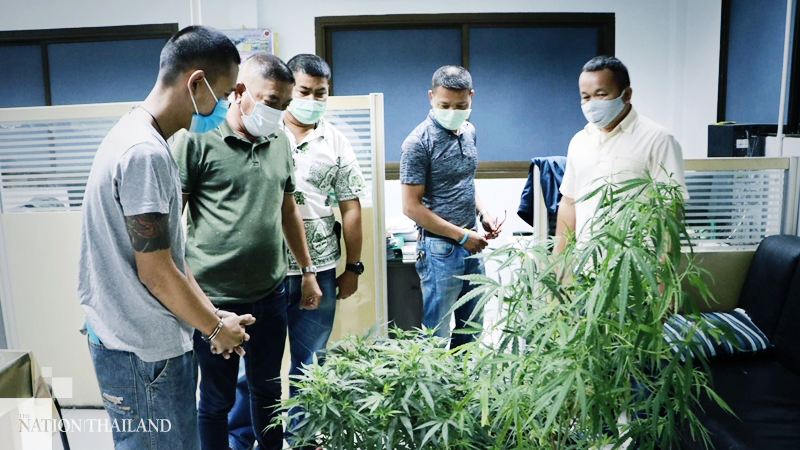 A man was arrested yesterday for allegedly possessing cannabis, which he claimed were used to cure his father, who has diabetes, hypertension and suffered from stroke.

The owner of the house, Sakol Anekthanaset, 23, claimed that the plants were used as a medical remedy for his father, who had been sick for three years.

Sakol said he ordered the seeds on the Internet and grew them for three months. He claimed they were not for sale since he brewed them only for his father.

However, the police charged him for possessing a Type 5 drug without permission. He will be prosecuted.