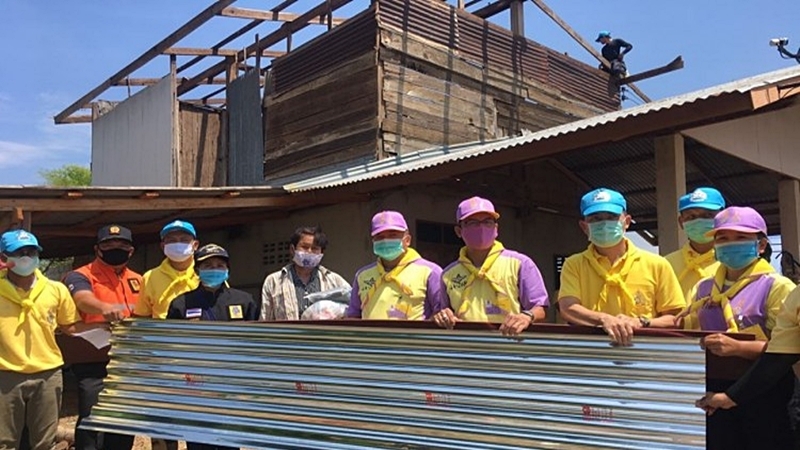 Almost 9,000 houses in 41 provinces have been destroyed by a summer storm and need aid from the government, the Department of Disaster Prevention and Mitigation said.

Director-general Monton Sudprasert said a high pressure system that collided with heat caused a powerful storm in the northern, northeastern, eastern and central regions of Thailand.

The department collaborated with local governments to evaluate the damages after the storm eased, so those affected could be assisted.

Local officials have sent aid packages and helped reconstruct damaged houses. Those in need of help are asked to contact hotline 1784.