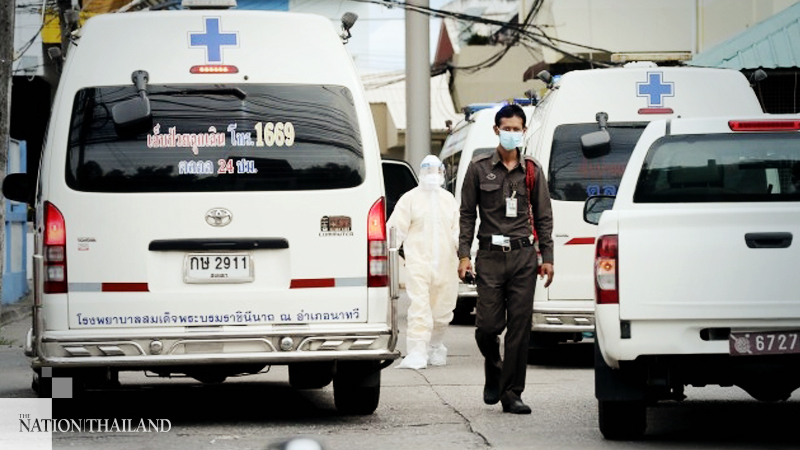 The condition of six out of 42 infected immigrants at the Songkhla Immigration Quarantine Centre has worsened due to pneumonia, the centre reported today (April 28).

It provides quarantine facilities for 115 immigrants who entered Thailand via the now-closed Sadao border checkpoint. Of these, 42 have tested positive for Covid-19, creating the largest cluster of cases in the country in the past week.

Among the six whose condition has worsened, one is a seven-month pregnant woman who was transferred to Songklanagarind Hospital in Hat Yai district, while five were taken to Hat Yai Hospital for treatment.

The other 36 infected immigrants are being treated in an isolated zone at the centre.

Meanwhile, the 73 who tested negative for Covid-19 have yet to complete their mandatory 14-day quarantine.

Sadao Mayor Kecha Benjakarn said local residents need not worry that there are 42 infected people in their district.

“These patients are being treated in complete isolation where no unauthorised person is allowed,” he added. “They were transported by officials from the Department of Disease Control to prevent the virus from spreading.”

The Sadao immigration checkpoint that connects Thailand to Malaysia was ordered shut by the Songkhla governor until April 30 after several immigrants and at least four staff tested positive for Covid-19.

The province has advised travellers to use the Padang Besar checkpoint instead, which is also in Sadao district.