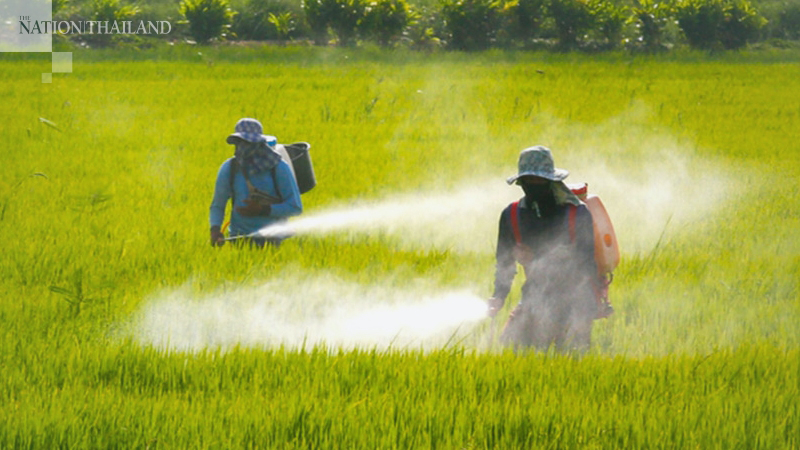 The ban on three chemical pesticides will be imposed on June 1 as scheduled, Public Health Minister Anutin Charnvirakul said on Tuesday (April 28), adding that he did not agree with Industry Minister Suriya Juangroongruangkit’s proposal to postpone it further.

The agricultural chemicals to be banned are paraquat, glyphosate and chlorpyrifos.

Anutin said that even though the chemicals make farming cheaper, people’s health is more important. He also rejected Thai Chamber of Commerce chairman Kalin Sarasin’s suggestion that the prohibition be delayed until December 31.

Meanwhile, Deputy Agriculture and Cooperatives Minister Mananya Thaiset said the ban was necessary, though there are some concerns that need to be discussed with the National Hazardous Substances Committee.

The committee is set to meet on June 30 to discuss substitutions, which the Department of Agriculture was tasked with coming up since the ban was announced last year. The department has reportedly come up with three substances, and plans to send its updated version directly to the committee.

The department has also drafted a regulation on a new approach to production, import, export and possession of hazardous substances, which will be ready for the committee’s perusal by April 29, she said.

As for Kalin’s proposal, the department does not believe he is representing the Chamber of Commerce because the chamber has supported the ban right from the start.