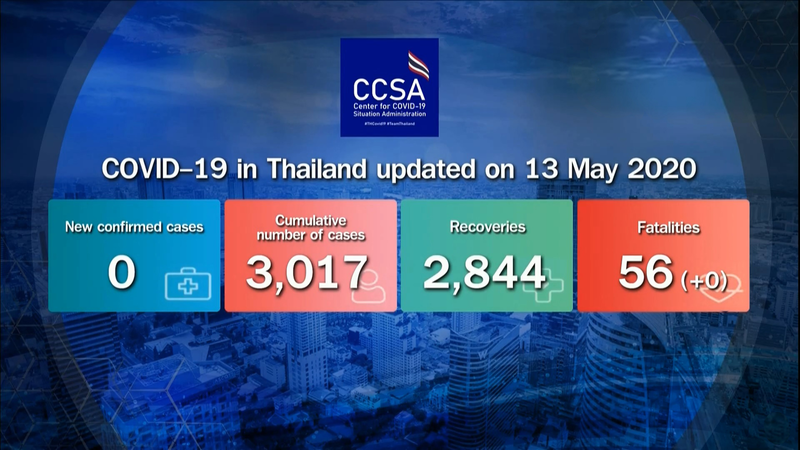 There were no new cases of Covid-19 over a 24-hour period, or any deaths, Dr Taweesin Visanuyothin, spokesman of the government’s Centre for Covid-19 Situation Administration, said on Wednesday (May 13), marking one of the best days for Thailand since the outbreak of the pandemic.

“This is the first time that there have been no new cases since we started the daily Covid-19 reports,” he said.

It is the best result, thanks to cooperation from the people, but we should not get complacent; we still have to be vigilant," he warned.

Dr Taweesin said that the first time the CCSA saw zero domestic cases was on May 4, but there were still reports in the state quarantine area. He said that people still need to be on guard since there are examples of new cases of infections in other countries.

Globally, there have been more than 4.3 million confirmed cases and around 292,000 deaths

Since February, 90 infected people were found in state and local quarantine sites, 98 per cent Thai, one per cent American, and one per cent British.

Dr Taweesin cautioned that no new cases did not mean Thailand had completely rid itself of the virus. People should not become complacent as there might be infected people who have not shown any symptoms yet.

Medical experts believe the symptoms take 14 to 21 days or more to show up.