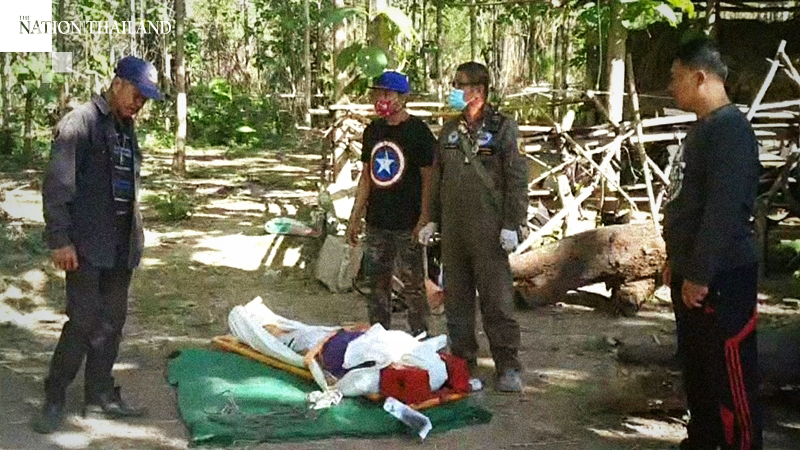 The body of a man was found hanging in a forest in Phayao province today (May 21), three days after he held up a Krungthai Bank branch in Chiang Rai, said police.

Two men pulled off the daring daytime robbery in Chiang Saen district on May 18 but were then tracked down by the police.

One of them, Sitthichoke Meuangma, a 34-year-old former Chiang Saen agricultural cooperative employee, gave himself up soon after. Police said the man confessed to robbing Bt1.05 million with his brother-in-law to pay off debts.

The brother-in-law, Cheunjai Konkham, 48, was found dead by the police in the Phayao forest. Police assumed he committed suicide.

Pol Maj Gen Thammasak Pinthong, provincial police general, said that a forensic team has collected evidence and sent the body for an autopsy to verify the cause of death.