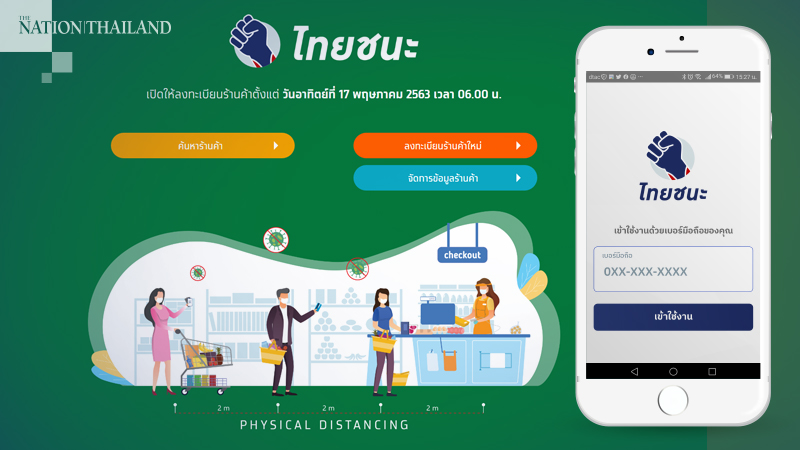 The government has launched a ThaiChana (Thai Victory) smartphone app after complaints that shoppers were forgetting to check out on the platform, while phishing scams were targeting users with fake QR codes.

The changes were made after criticism and recommendations from users, Polawat Witoolkollachit, inspector-general at the Ministry of Digital Economy and Society, said on Thursday (May 28).

Meanwhile the platform has also been made multilingual.

“We have developed the platform to support foreign languages such as English, Burmese, Malay, Korean, Chinese, Japanese and Lao, in order to facilitate foreigners,” he added.

The new smartphone app would enable people to check out of venues anytime, anywhere, and to evaluate venues faster.

“Most importantly, this application will help solve issues such as fake QR codes and users entering the wrong telephone number,” he said.

A list of venues already visited by users will also appear on the app, enabling users to check out at any time.

“However, we advise people to check out as fast as possible because only venues visited on that day will be displayed,” he said. “The app also allows people to find venues nationwide.”

The ThaiChana app is available for download via Google Play from today, added Polawat, while iPhone users can download it at the App Store from Sunday (May 31).

“We will not send out any SMS messages telling people to download the app,” he added.