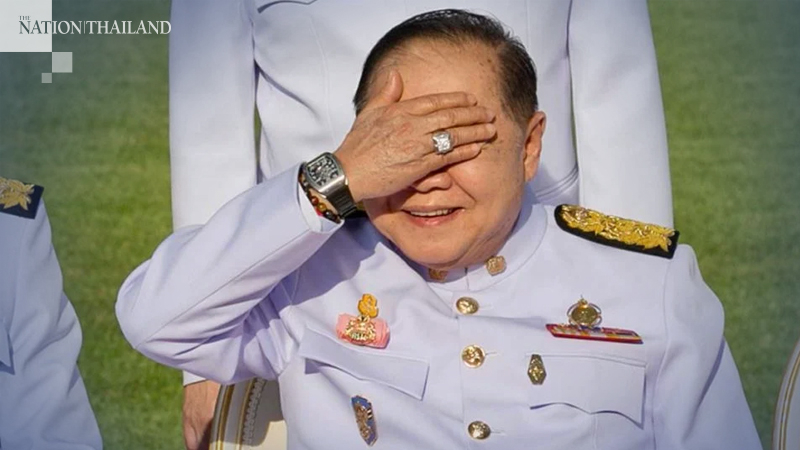 The decision by the anti-graft agency to clear Deputy Prime Minister Prawit Wongsuwan in a high-profile corruption allegation over luxury goods has stirred a debate among netizens about the justice system.

“Many people had anticipated the final outcome to be in favour of the high-profile minister, but they still are baffled by the reason given by the National Anti-Corruption Commission [NACC],” Mana Nimitmongkol, secretary-general of the Anti-Corruption Organisation of Thailand, a civil campaign group, said on Sunday (May 31).

His comment comes after the NACC said that Prawit's borrowing of a luxury watch does not violate the corruption law.

The NACC’s letter related to the controversial minister was widely circulated among netizens over the past few days and drew a lot of criticism of double standards practised by the law enforcement agency.

The letter dated May 25, 2020 is a response to former senator Ruangkrai Leekitwattana who in January last year filed a complaint to the NACC asking the anti-graft agency to investigate the allegation.

Prawit had been found wearing a luxury watch and a diamond ring in a group photo of the new Cabinet in December 2017. The public demanded an explanation as the luxury items were not on the list of his Bt87.4-million wealth declared to the NACC in September 2014.

Prawit, who was then also Defence Minister, repeatedly claimed that he had borrowed the watch from his friend and the diamond ring belonged to his mother.

Mana said he was disappointed by the NACC's decision.

“Are we adhering to the rule of law or do we simply use it to favour some influential people?, ” he asked.

Law academics and judges must debate on this important matter, he suggested.

He lamented that corruption remains widespread in Thailand despite the Prayut Chan-o-cha administration promising reform since the 2014 coup.

Thailand ranks very low in the anti-corruption index ratings of Transparency International’s 2019 Corruption Perception Index in which Thailand ranked 101, dropping from 99 the year before.