Hin Lek Fai police in Buri Ram’s Kumeuang district arrested Um (last name withheld), aged 57, an abbot of a temple in the district, for allegedly murdering his 33-year-old former girlfriend who is eight months pregnant. Police also seized a 60cm machete from Um that was used as the murder weapon.

Witnesses reportedly said that at around 8pm yesterday (June 15) they saw Um crash his van into the deceased’s pickup truck that her husband was driving in Toomyai subdistrict. 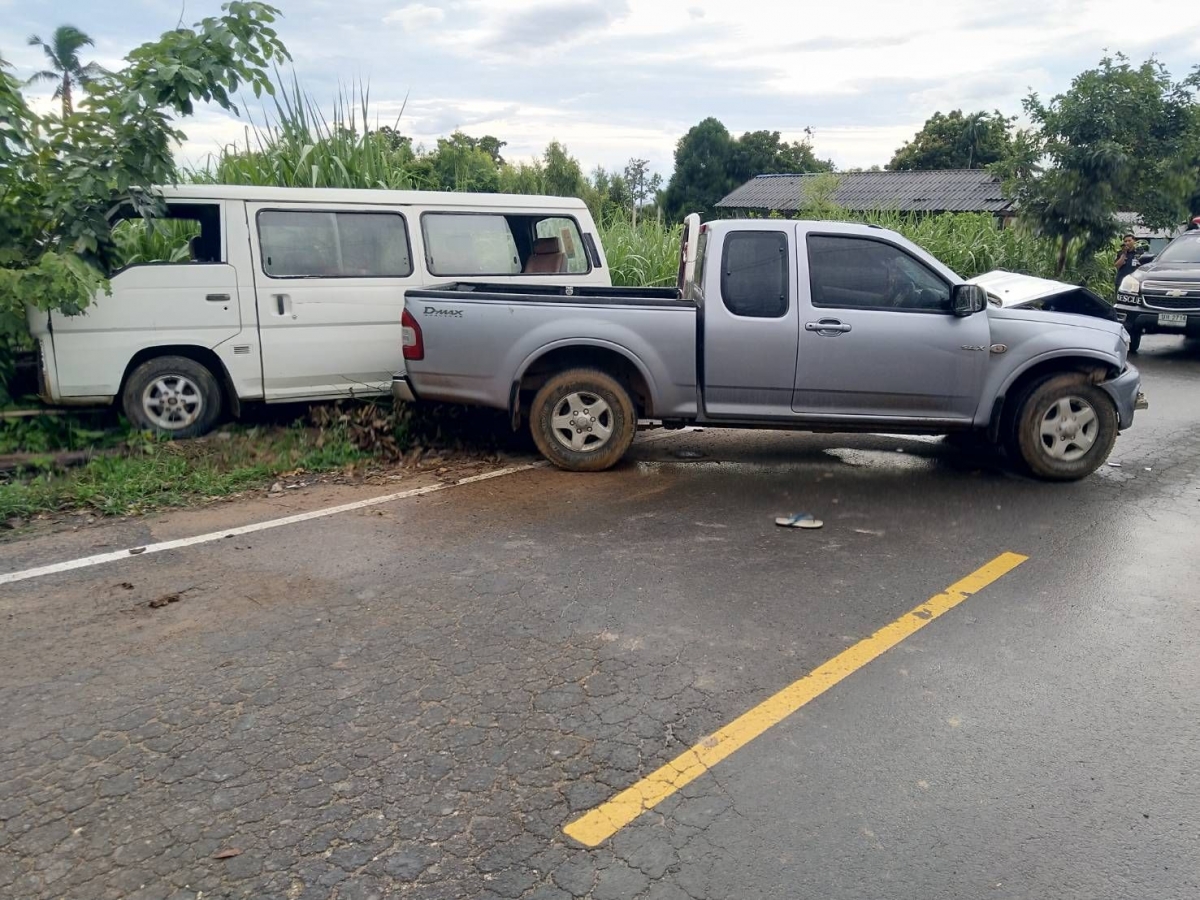 “The man in a monk's robe got out of the van and, with a machete in hand, walked over to the couple,” said one of the horrified witnesses. “Seeing this, the scared husband fled, leaving the pregnant woman behind. The monk hit her from behind with the machete just once and she fell to the ground. He then continued to slash the women several times until she stopped moving.”

Officials recovered the body of the victim from the roadside and sent it to Buri Ram Hospital for an autopsy. A preliminary report said the victim had more than a dozen cut wounds on her face, arms and body.

Um was nabbed shortly after the incident. He was forced to leave monkhood before being taken to the police station.

Um reportedly told officers that he and the deceased woman had an intimate relationship for a couple of years before she left him for another man.

“She also extorted money from me, threatening to tell others that the unborn baby is mine,” Um claimed. “When I saw her in the car with her new husband that she was just married to five months ago, I got jealous and killed her.”

Um has been charged with first-degree murder.