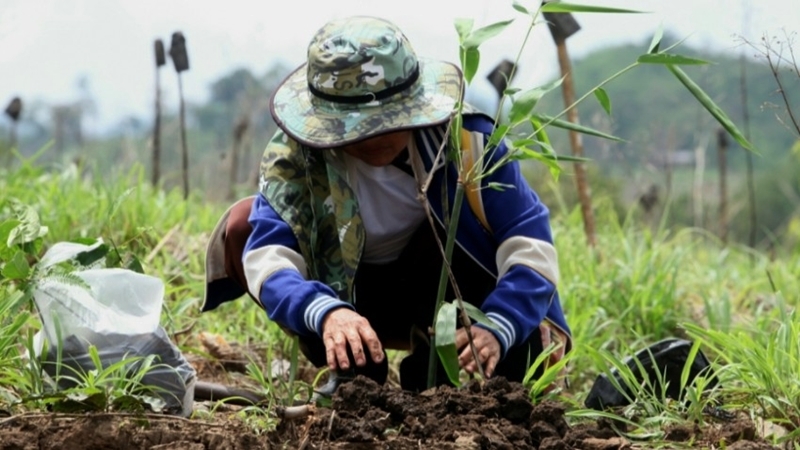 Plant breeders want Thailand to join the Comprehensive and Progressive Agreement for Trans-Pacific Partnership (CPTPP) and suggested that the government fund research.

The chief of Plant Variety Protection Office, Thidakoon Saenudom, said in a seminar on the CPTPP that Thailand would take three - five years to consider joining the partnership and the country would be protected by the International Union for the Protection of New Varieties of Plants (UPOV) if it decided to join.

The Thai Plant Varieties Protection Act is similar to UPOV but not that strict but there is an argument that Thai farmers might not be able to collect the plant seeds due to the CPTPP.

UPOV will allow the farmers to do so but they must ask permission from the breed owners in order to receive the protection, she said.

“According to the research, 2,000 farmers found that plant breeds must be changed according to market demand. Therefore, whether farmers can collect the seeds or not should not be a concern since that case will occur only if the plants are not sufficient for the demands. Regarding the seed exchange, it depends on the decision of the government,” she said.

If the government agrees, UPOV will allow farmers to collect the seeds for another year not exceeding three times the bought seeds. So, farmers who do not intend to modify the plants will not be affected.

However, UPOV will also allow foreigners to modify traditional plants of Thailand but they cannot be the breed owners of those plants. Foreign people who want to modify the plants must register and pay annual fees in order to receive protection and Thais can do the same things to the plants from other countries, she said.

“The concern is that UPOV will raise competitiveness. Farmers will be benefited but responsible government organisations are still not ready for the change. Therefore, the government must support it to prepare for the consequences.” Thidakoon said.

Dr Chairerg Sagwansupyakorn, Thai Seed Trade Association (ThaSTA) president, said the government must prioritise the benefits of the country as the sale of protected plant breeds will violate the law and 100-per-cent breed modification was not a monopoly but a stimulus for the competitiveness.

Dr Kanokwan Chodchoey, Asia and Pacific Seed Association executive director, said the private sectors are preparing to propose an amendment to the Act to correspond to UPOV.

Nipon Chiawongrungrueng, an orchid breeder, said plant breeders want approval from UPOV since the orchid modification is heavily necessary for the business.

The Department of Trade Negotiations said Thailand is in the third step of 12 for joining the CPTPP and the House of Representatives will establish a committee to consider the issue.