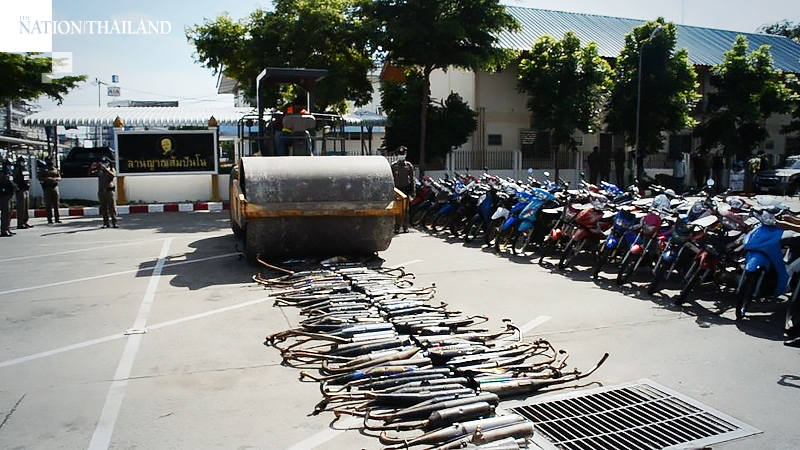 More than 1,400 alleged street racers were arrested and almost 370 motorcycles seized in a week-long crackdown on the illegal activity in Udon Thani province.

“Twenty-three police stations in Udon Thani joined forces to arrest street racers and related offenders from June 22-30, in order to ensure peace and safety in the neighbourhood,” he said. 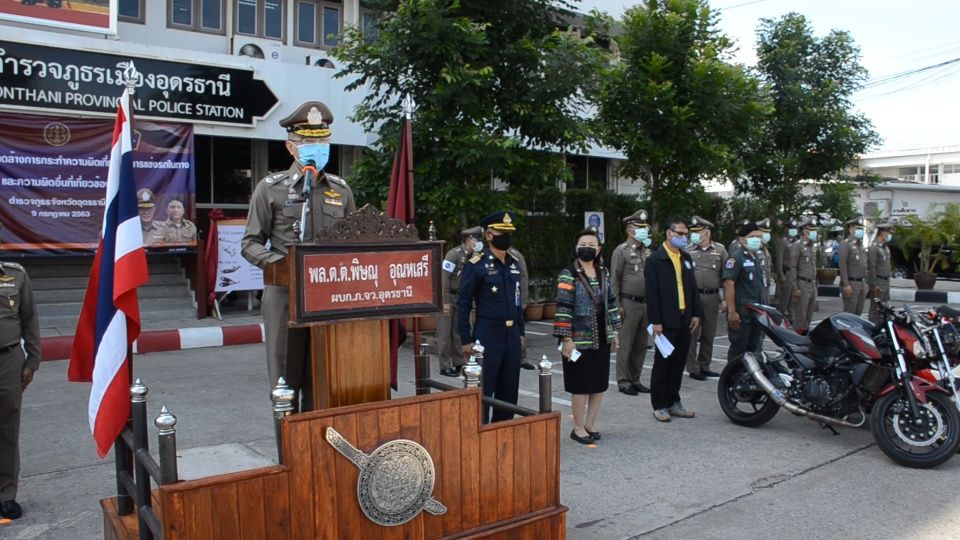 “We have issued warnings to parents of nine underage offenders, fined 284 motorcycle shops for providing modification services to racers, seized 368 motorcycles used in the racing as well as 535 exhaust pipes that were illegally modified to create loud noises. A total of 1,439 suspects were arrested and fined for breaking the Land Traffic Act. 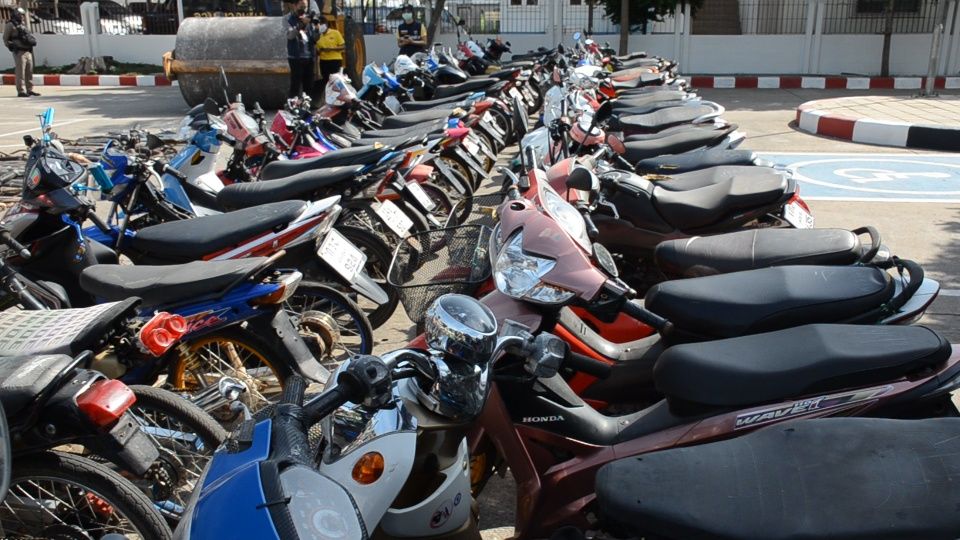 “As for underaged offenders, the police have summoned their parents to sign an acknowledgement and provided them a mandatory course on street safety to prevent future offences,” he added.

Police then crushed the seized exhaust pipes with a steamroller in public to prevent the recycling of parts and use them for illegal motorcycle modification. “Parents should keep a close eye on their children, especially regarding where they go out at night and what they do to with their motorcycle,” said Phitsanu. “Street racing is not only illegal, it is also extremely dangerous and causes disturbance in the neighbourhood.”