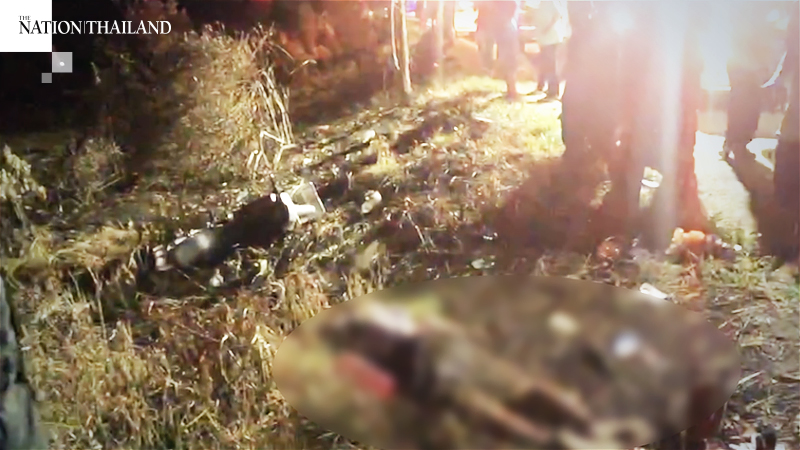 Rescue officials were mowed down by a black pick-up truck while they were trying to resuscitate an accident victim on the street.

At 9.30pm on Thursday (July 9), Ruam Katanyu Foundation in Lopburi province were informed of a motorcycle accident in Ban Mi district. The site of the accident was close to the office of Sawang Ariyo, another rescue agency, so officials from both agencies responded to the situation and were working on trying to resuscitate the man.

Then suddenly a black pickup truck showed up to mow down six rescue officials and the injured person. The victims were immediately taken to hospital, but four succumbed to their injuries, including one Ruam Katanyu official, two Sawang Ariyo staff, one of whom was pregnant, as well as the man injured in the motorcycle accident.

The pickup driver has been arrested and is being investigated.