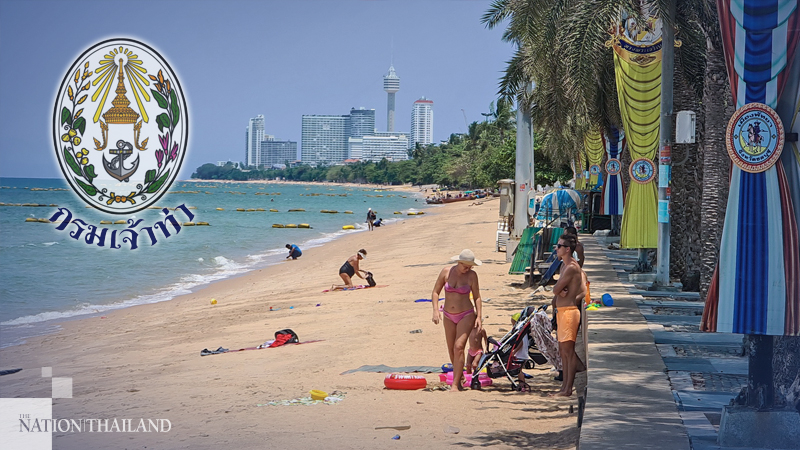 Jomtien Beach in Pattaya is being widened under a Bt1.1-billion project to replenish a vast expanse of sand eroded over the years by the sea.

The Marine Department aims to expand around 7 kilometres of beach to a width of 35-50 metres in order to preserve the sands as a tourist attraction in the resort city.

A budget of Bt1.16 billion will be spent on the project’s two phases, said Marine Department director general Wittaya Yamuang.

Under the first phase, 640,000 cubic metres of sand will be taken from the seabed near Koh Larn to widen about 5.5 kilometres of Jomtien Beach.

Work is due to begin in August and expected to be completed by December 15, 2022, said Wittaya.

The project will also see construction of three breakwaters and a headland to protect the beach. A private firm signed the contract to construct the project – which covers Pattaya and Najomtien municipality – on May 29.