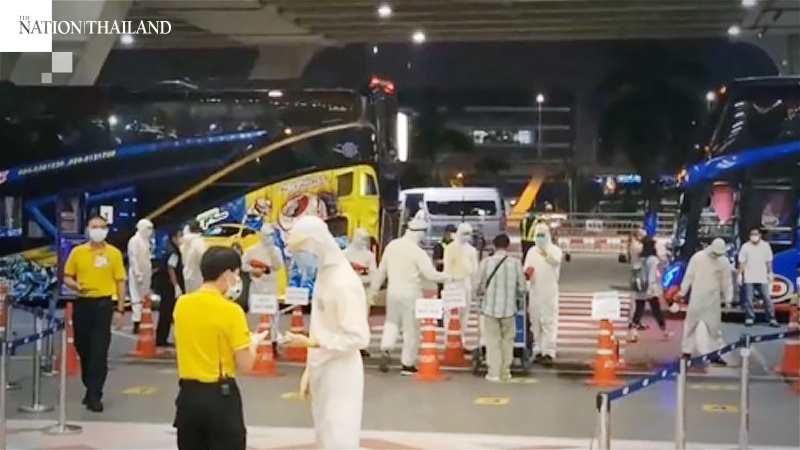 Nine of the 320 Thais who returned home on Tuesday (July 14) from Jordan and South Korea were found to have high fever and rushed to hospital, Suvarnabhumi Airport deputy director Kittipong Kittikachorn said.

He said 120 Thais departed Jordan on Royal Jordanian Flight RJ 6180 and arrived at the airport at 3.35pm.

“Preliminary screening found that eight passengers had high fever and were rushed to hospital. “The rest were transported to the government’s quarantine facilities for the mandatory 14-day quarantine, except one person for whom there was an arrest warrant and was taken to official custody.” 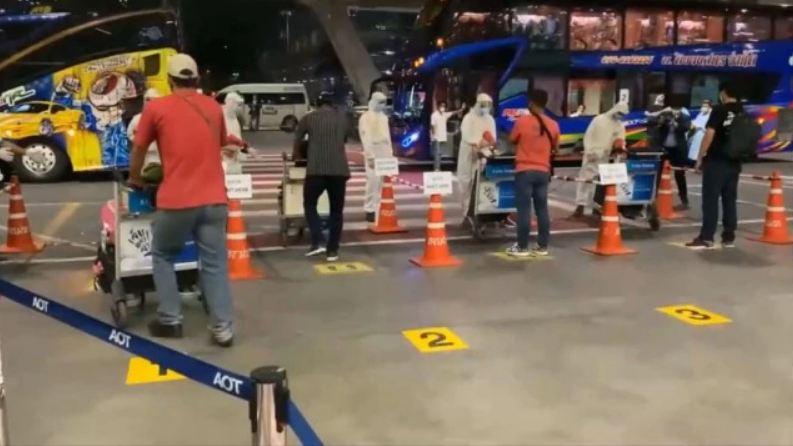 “The second flight repatriating Thais came from South Korea,” Kittipong added. “Korean Air Flight KE651 touched down at Suvarnabhumi at 9.15pm. Out of 200 passengers, one was found to have high fever and rushed to hospital. The rest were transported to the government’s quarantine facilities in Bangkok.”