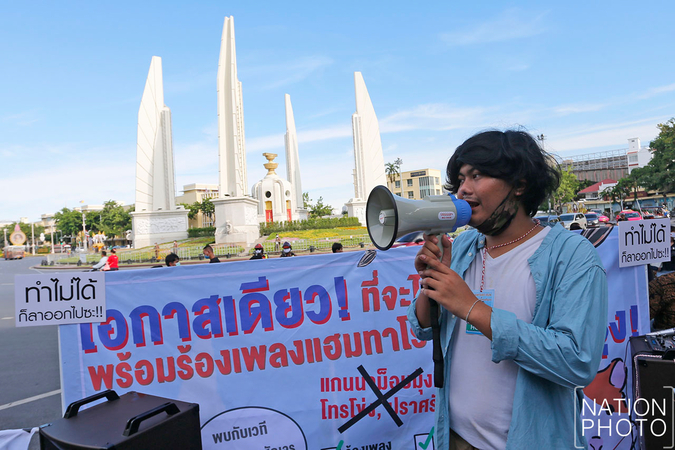 The remixed version of the Japanese Hamtaro song has become a big hit among protesters.

Netizens have widely shared a clip of the new song played by protesters to mock the government.

It began when students at Triamudom Suksa school held a protest against the government on Friday (July 24). They tweaked the lyrics of the Japanese Hamtaro song as “gotta run run na Hamtaro...the delicious stuff is people’s tax money”.

Protesters tweaked the lyrics to criticise the government and military-appointed senators for wasting public money.

Music is an essential part of political protests. During the first Thai student uprising in 1973, the song Su Mai Thoi, (Fight till the end) was born and remains popular among protesters to this day.

After the military coup in 2014, a rap song against dictatorship artists was launched in 2015 "Prathet Ku Mee" (My Country’s Got) to mock the way Thailand is run by dictatorships.

The Hamtaro song, which originated from a Japanese cartoon entitled "Hamtaro", little hamsters, big adventures, has become a popular song among student protesters and pro-democracy groups.

Pro-democracy protesters over the past few days have invited people to join the protests and sing the remixed Hamtaro song on Sunday (July 26) at Democracy Monument.