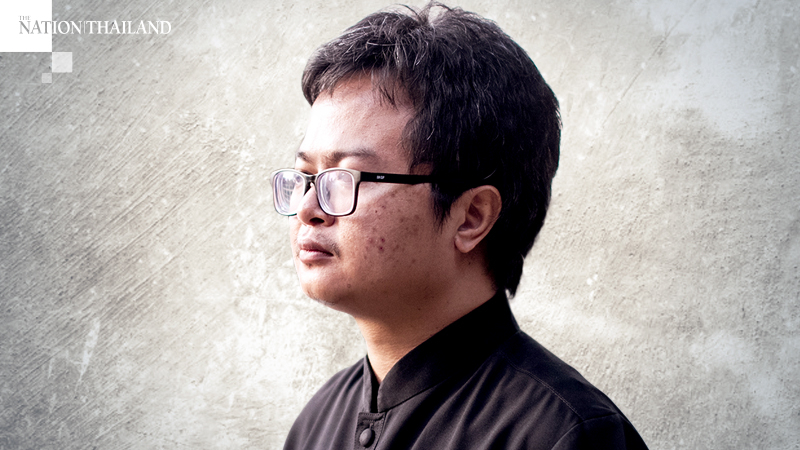 Prominent lawyer Anon Nampa continues speaking out about the role of the monarchy despite facing the risk of being thrown behind bars again and getting his bail cancelled.

Anon, 34, a civil rights lawyer and political activist, delivered a provocative speech at a pro-democracy gathering in Chiang Mai on Sunday evening (August 9), insisting that he was exercising his basic constitutional right to join a peaceful demonstration and make comments about the monarchy.
The activist was arrested last Friday (August 7) and released on bail the following day after being slapped with sedition and other charges for questioning the role of the monarchy at a protest on August 3. Criticising the Thai monarchy was previously a taboo subject in the country.
In his latest speech in Chiang Mai, Anon reiterated that the junta-sponsored charter gave excessive power to the King, which is not in line with the principles of a democratic and constitutional monarchy as it allows the King to directly supervise some military units and control the Crown Property Bureau.
Anon also pointed out that His Majesty spends most of his time in Germany at the expense of Thai taxpayers, and urged MPs to raise the issue in Parliament as part of moves to amend the charter. He also called on the Chiang Mai demonstrators to join a rally in Bangkok on August 16.
“In the run up to the planned demonstration, I and other protest leaders may be put behind bars, so everybody should go on the frontline to fight for democracy,” Anon said.
Historian Nidhi Aeusriwong expressed support for Anon, saying the public has every right to debate the monarchy’s role, as the institution belongs to the country and its people under a democracy. In an interview with Prachatai news website, Nidhi said military dictatorships, both in the past and present, have tried to separate the monarchy from democracy and use the institution for their own benefit, which actually puts the monarchy in danger. He also said that military dictators also often use the institution as a tool to destroy other political groups.
As soon as Covid-19 restrictions were eased on July 18, student activists took to the streets demanding that the government dissolve Parliament, rewrite the Constitution and stop intimidating people who dare to speak up.
Apart from slapping Anon with charges, police also filed a sedition charge against key Free Youth leader Phanuphong Chatnok, who has since been released on bail. Activists have reported that police are targeting some 30 protest leaders, while authorities in Phitsanulok province also briefly detained some student activists on Sunday evening.
Meanwhile, a crowd of demonstrators organised a rally outside Parliament building on Monday (August 10).