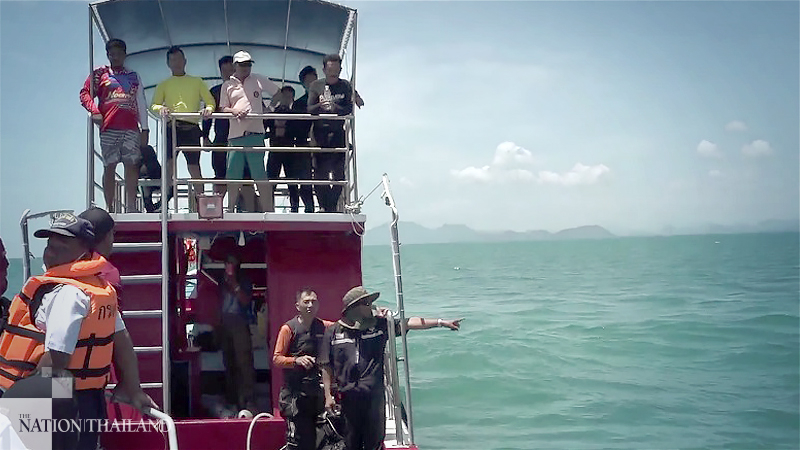 Divers pulled up the bodies of the last two missing persons from the Samui ferry accident on Tuesday (August 18), while preparations are being made to bring the boat, which had three garbage trucks on board, out of the water safely by the end of this month.

The bodies of Chaichan Laosap, 47, the driver of one of the garbage trucks, and 18-year-old crew member Thewakorn Watcharit were found on Monday trapped between 10-wheeler trucks, but could not be pulled up due to strong currents.

The Raja 4 ferry capsized at about 10pm on August 1 about two nautical miles from Koh Samui due to high waves. It was heading for Don Sak pier on the mainland. Of the 16 people on board 11 were rescued successfully.