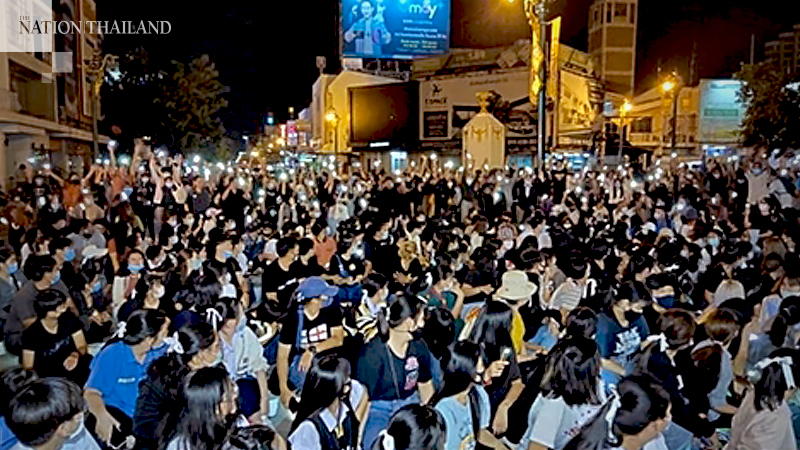 Protest leader Sivakorn Namnuad said that the protesters were given permission to rally at around 6.50pm, but the gathering blocked traffic on Si Chan Road.

The police asked the protesters to move out of the road, which led to some arguments.

The student activists gave a speech on the opportunity to access education in Thailand and said children from poor families struggled to remain in the educational system due to the high tuition fees.

The speeches also dwelt on the inappropriate behaviour of teachers who tried to harass students expressing their political opinion.

Around 8.40pm, the protesters had a flashlight waving activity, a feature of several anti-government protests, and a mini-concert before they dispersed at 11pm.