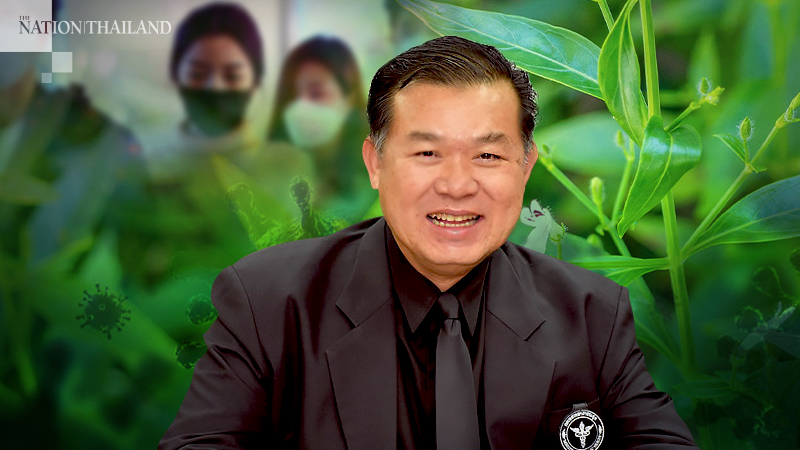 The medicinal plant Andrographis Paniculata could be effective in treating Covid-19, the Department of Thai Traditional and Alternative Medicine said, revealing results of preliminary research.

The trial will enter Phase 2 with 60 volunteers this September, the department said.

Dr Marut Jirasetasiri, director of the department, said that preliminary trials showed that Andrographis Paniculata could be used to fight the Covid-19 virus, as the plant extract could prevent infection from one cell to another in the human body.

Trials involving six Covid-19 patients with mild to moderate symptoms were arranged to test an Andrographis extract with a concentration of three times (180mg/day) and five times, Marut said.

The results showed that using a concentration of three times found improvement, especially in coughing. Both the cough volume and symptom severity decreased significantly within three days. After five days, the other symptoms began to improve, and real-time polymerase chain reaction (RT-PCR) tests were found to be negative in two patients. After three weeks, RT-PCR was tested again and found that all six were negative and no infection was found. However, the results of the treatment were not confirmed because this was an early study, Marut said.

Phase 2 will start in September with 60 volunteers, in the Banglamung Hospital area, Chonburi province, and Samut Prakarn Hospital. The volunteers will be divided into two groups: one of patients receiving Andrographis at three times concentration and the other group will be given a placebo pill for the same period, Marut said.

If the test finds that the group given Andrographis showed improvement in symptoms compared to the other group, it could be concluded that Andrographis Paniculata extract could be used to treat Covid-19, but more research would need to be undertaken, he added.