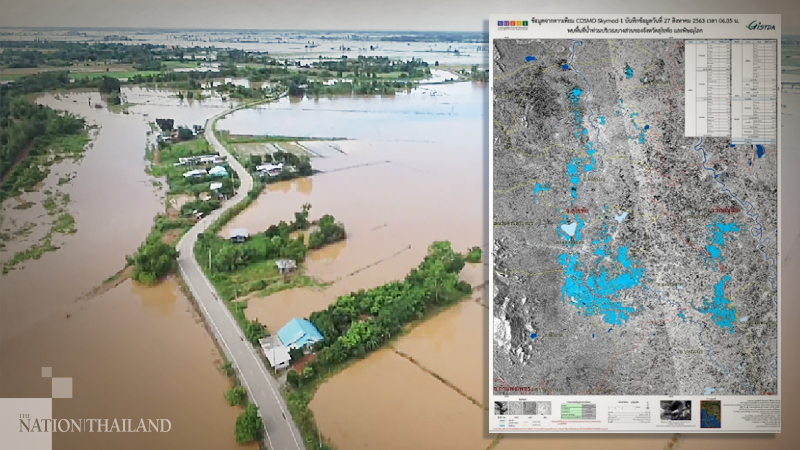 An Italian satellite orbiting high over Thailand has captured dramatic images of floods spreading over Sukhothai and Phitsanulok provinces.

Photos snapped by the COSMO Skymed-1 satellite show more than 125,000 rai of the two provinces is underwater after recent storms lashed the lower North.

In Sukhothai, the flood covers around 1,000 rai and has hit residents of six districts and 42 subdistricts. In Phitsanulok, water has submerged approximately 25,000 rai, inundating villages in three districts.

Most of the flooded areas are low-lying valleys and farmers’ fields.

Farmers have been hit hard by the flooding, which has ravaged 14,000 rai of rice fields in Sukhothai and 2,000 rai in Phitsanulok.