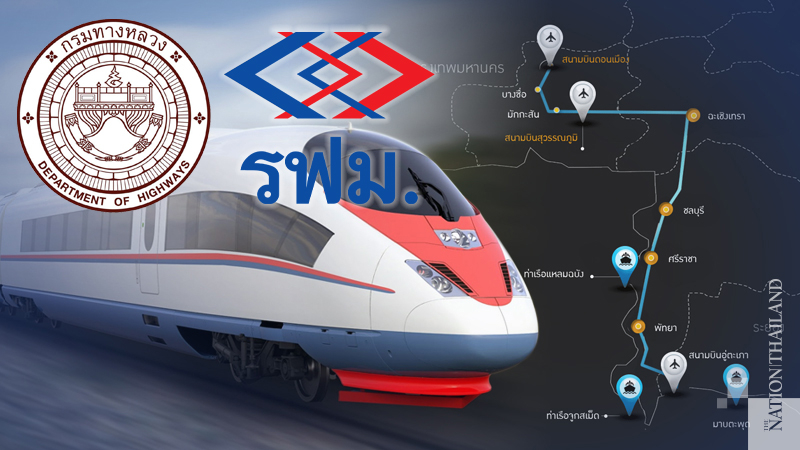 The high-speed rail project to link Suvarnabhumi, Don Mueang and U-Tapao airports faces a delay due to a budget problem, the State Railway of Thailand (SRT) said today.
The budget to demolish infrastructure to make way for the new high-speed system has not been approved, meaning delivery of the first phase will be delayed from January 2021 to February-March, the SRT announced.

The infrastructure had been earmarked for demolition but contractors would have to wait for approval of the 2021 budget before finishing the job, explained Transport Ministry permanent secretary Chaiwat Thong-Kamkoon on Friday. The budget would be approved before the end of this year, he assured. Contractors had already been hired to undertake the work, he added.

Also on Friday, the SRT and Department of Highways signed a memorandum of understanding for the usage of highways during construction activities.