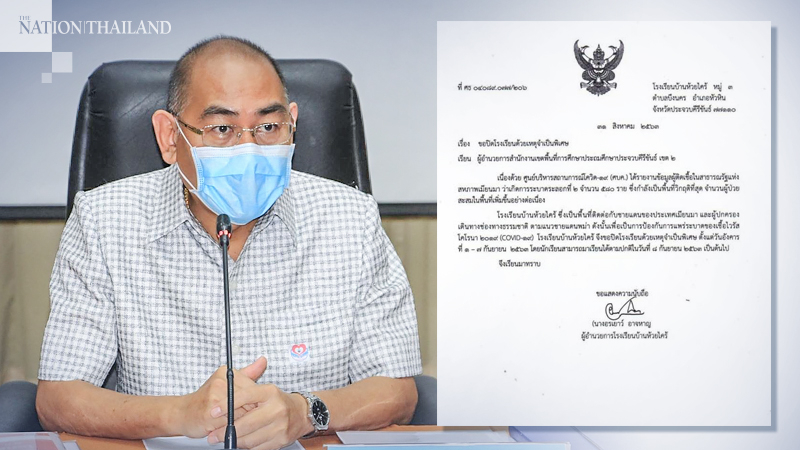 Two schools in Prachuap Khiri Khan province have been instructed to cancel classes for a week after it was discovered that many migrant students and their guardians had visited their country by crossing the natural borders.

Anun School has 576 students, of which 300 are migrants, while Wang Ta Krai School’s 310 students include 45 migrants.

After some Anun School students did not show up in class due to high fever, officials looked into their case and learned that their parents or relatives had recently returned from Thailand-Myanmar border areas. The children will need to spend 14 days quarantine under the supervision of health volunteers before returning to school.

Meanwhile, though Wang Ta Krai School has not reported any suspicious infections, it has decided to close just in case.

Health inspectors from the Public Health Ministry and personnel from Hua Hin Hospital have taken fluid samples from people potentially at risk to test for Covid-19 and results will be released in a day.