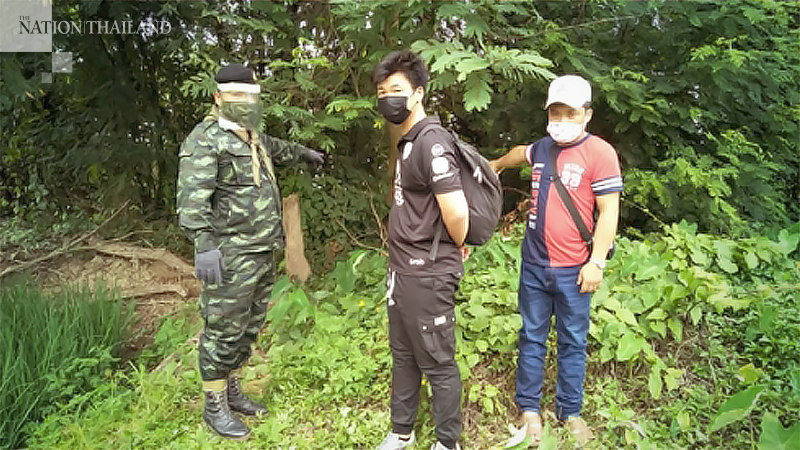 The Pha Muang Task Force has been patrolling the border in Chiang Rai to prevent illegal migrants from slipping into Thailand via natural channels after the Covid-19 outbreak situation in Myanmar is escalating.

Saiunkaew reportedly confessed that he was travelling from Tachileik town in Myanmar’s Shan state and heading to Mahachulalongkorn Rajavidyalaya University in Chiang Mai to study. He claimed to have paid Bt4,000 to an agency in Myanmar who promised to help him cross the border.

Meanwhile, Sailu reportedly confessed that he was seeking a job in Thailand and claimed to have paid Bt17,400 as a fee to Myanmar’s border staff to get him across.

The suspects were transported to Chiang Rai immigration office who will process them and send them back to Myanmar.