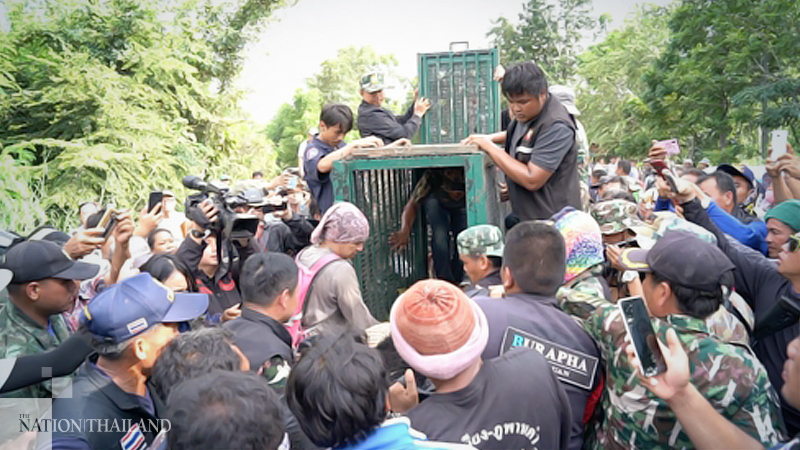 A bear that attacked and injured five people in Khon Kaen province was successfully captured by officials after a 10-day hunt that went into operation on September 6.

Officials from the Department of National Parks, Wildlife and Plant Conservation were hunting for the bear after the attack, when early on Wednesday they found it had broken into one of the cages, set up as a trap with fruits, in Si Chompu district. But the animal managed to escape.

It was reportedly found around 3.40pm, and forced to run into a residential zone so officials could capture it more easily.

They subsequently shot the bear twice with tranquiliser guns.

Veterinarians then approached it cautiously after it fell to the ground and then checked the animal.

It was sent to a government facility in Chaiyaphum province, where it would be temporarily cared for.

The captured bear is a male weighing about 120 kilograms.

Officials are investigating whether it was kept as a pet or is a wild animal.