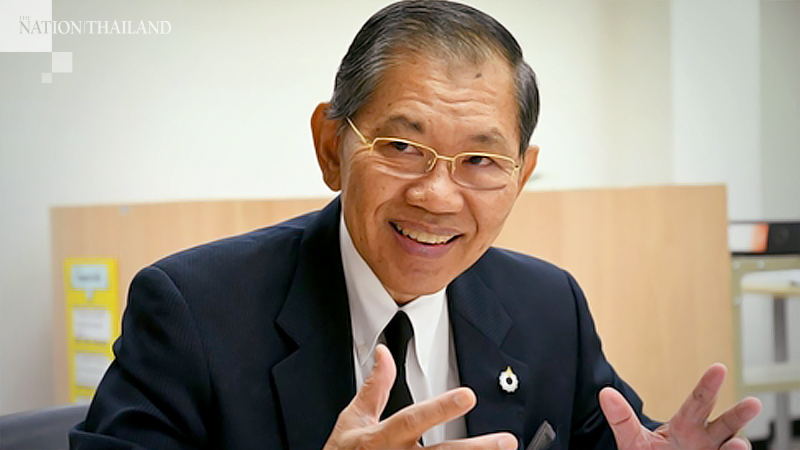 The mishandling of the hit-and-run case involving Vorayuth “Boss” Yoovidhya shows that Thailand’s legal system is in need of reform, says Vicha Mahakun, chairman of the panel investigating alleged official misconduct in the case.

Vicha said that the reason he accepted the responsibility even though he was 74 years old was to initiate reforms in the legal system.

He said his 30 years of experience as a prosecutor and judge made him the right choice for the job, and helped him to look into the liars and see the whole picture.

He explained that the case was called "a conspiracy", as there were processes that had led to charges against the accused being dropped, which were clearly corruption.

“Why was the case that should have been closed within a year delayed for eight years? There's a legal proverb ‘justice delayed is justice denied’. An attempt to delay it gives a clue,” Vicha said.

The 14 appeals from Boss, which succeeded in the latest submission, was the weakest point of the case. However, the Supreme Court has set a standard to point out that the earliest evidence is the most reliable and in this case, Boss drove the car at 177 kilometres per hour before it was changed.

“It was the lawyers [who planned it] because the police don’t have that strong a knowledge of the laws. The direction of the case was also important, as Boss was charged with negligent driving as well, which was very strange since the dead could not do anything against it.”

The French legal system in which the judge investigates the truth was adopted in this case. The Thai legal system has more in common with the British system, allowing charges to be dropped if there were too many suspicions which were not fair to the case.

Vicha also blamed the police for not reforming themselves a long time ago since it was an institution with authority.

He gave Hong Kong as an example, which purged corrupt police and insisted that police should not be allowed to continue their outdated tradition.

However, he was certain that the Thai legal system was the “strongest”, but the people who applied it were the problem since Thailand has nurtured nepotism for years and it had resulted in a social gap in both the economy and justice.

“When 12 - and 13-year-olds march on the streets raising three-finger salutes, and adorn themselves with white ribbons all over Thailand, it shows how corrupt people with power are,” Vicha said.

He said the movement was very important since the change had to stem from the youth who were the key to a better future.