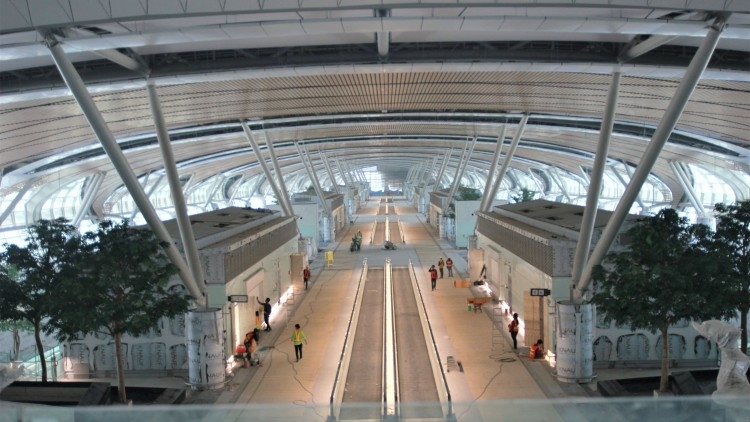 The Satellite Terminal 1 (SAT-1) extension to Suvarnabhumi Airport is now more than 95 per cent complete while its transport link with the existing terminal should be ready by April next year, said Airports of Thailand (AOT) president Nitinai Sirismatthakarn on Monday.

SAT-1 will service 28 parking bays and relieve overcrowding by boosting Suvarnabhumi’s capacity by about 15 million passengers per year. 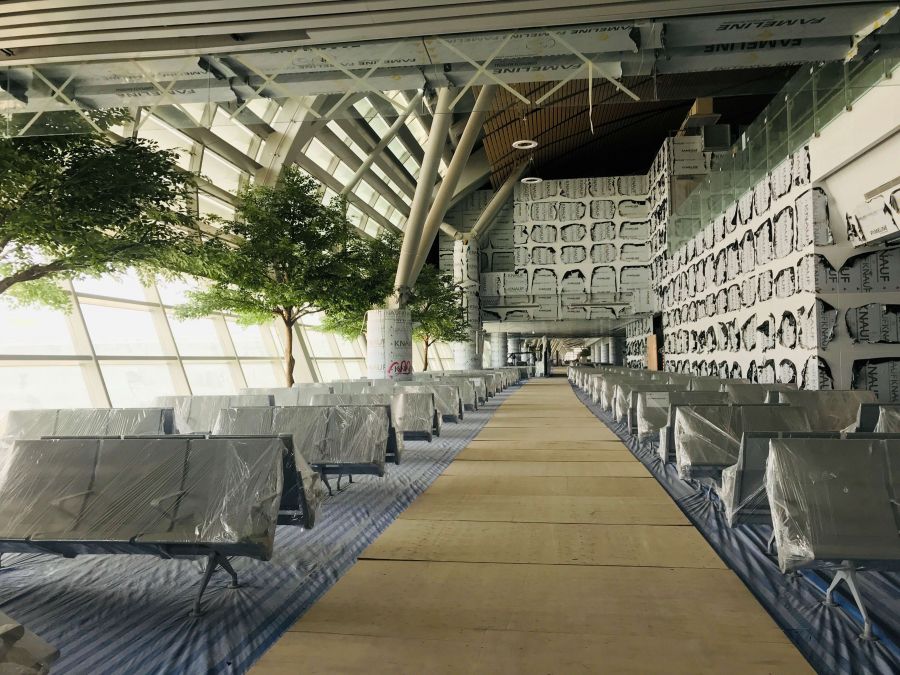 “The building [structure] itself is now 100 per cent complete, with only some interior design and landscape work now being finalised,” he said. “AOT is also working on the APM [Automated People Mover] system, whose installation in the Satellite 1 Building is now over 70 per cent complete.” 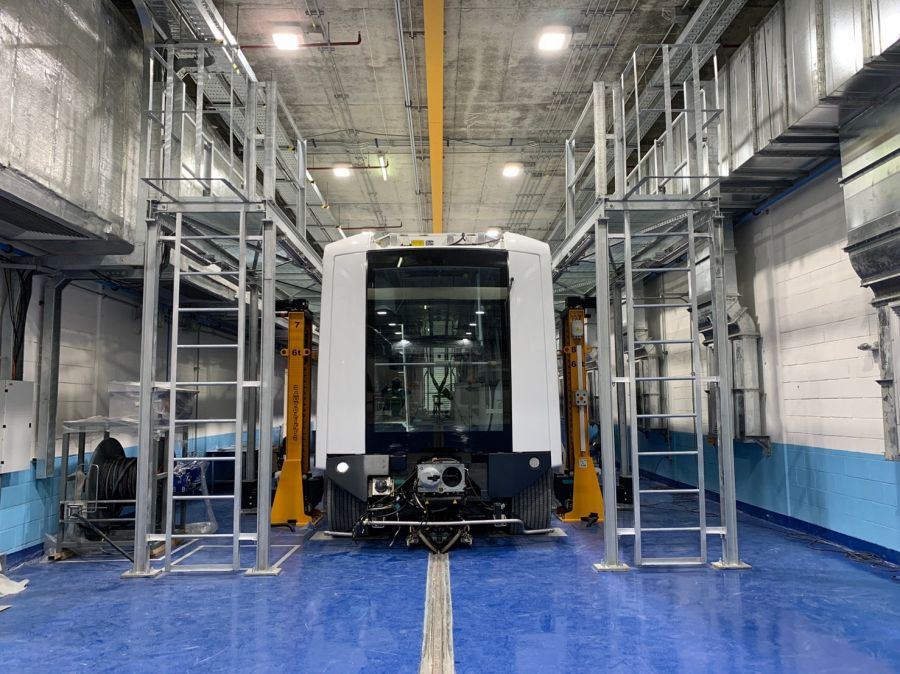 Two out of the six people movers have been delivered and the AOT is conducting a static test run, Nitinai added.

“Once we have all the APMs we will conduct full system test and the APM system will be ready before April 2021.”

The APM will ferry up to 6,000 passengers per hour through an underground tunnel to the main terminal about a kilometre away.

Meanwhile, the individual carrier system and luggage carousels are about 75 per cent complete. A final readiness test on SAT-1 and its systems will be completed in April 2022, he added. 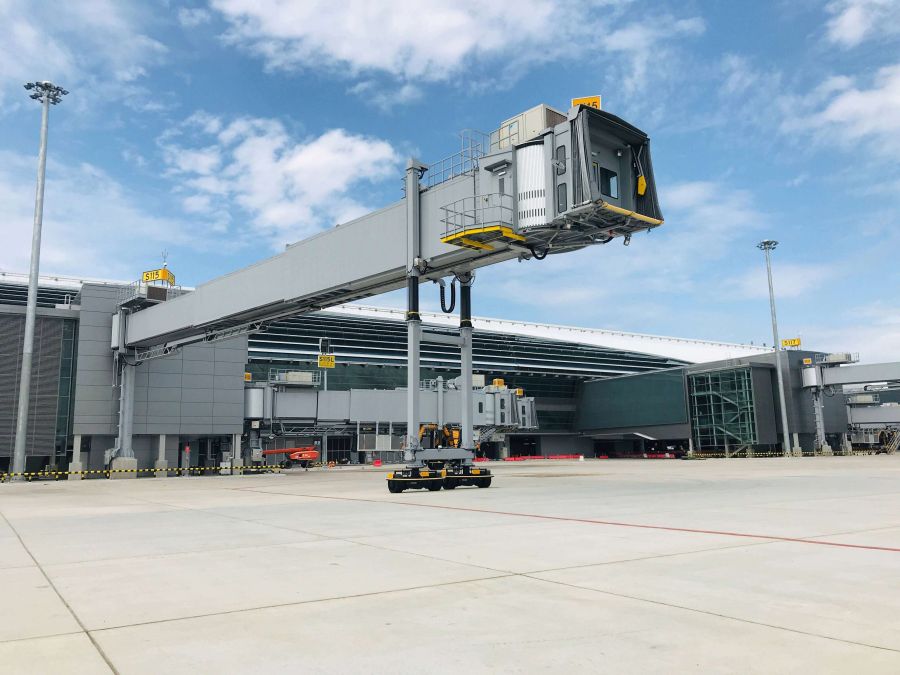 Nitinai said construction had been delayed due to Covid-19, which resulted in a lack of labour and the inability of overseas manufacturers to ship the parts.

“Due to lockdown measures, we also had to wait longer for experts from overseas who have to arrive to conduct test runs and provide instructions on system operation and maintenance,” he said.

The new terminal complex is part of a Bt62 billion plan to expand the airport that was approved in 2011.