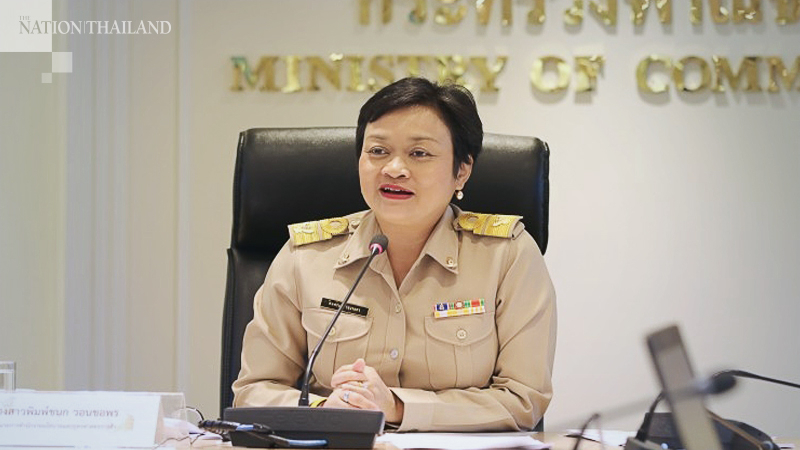 About one-fourth of respondents in a government survey in September travelled upcountry during weekends and holidays and the majority of travellers spent less than Bt5,000 on the trip.

“The survey was conducted in 884 districts in every province among 8,124 respondents,” Pimchanok Vonkorpon, director-general of the Commerce Ministry's Trade Policy and Strategy Office, revealed of the office’s survey on consumer behaviour.

“Out of 27 per cent who said that they had travelled upcountry from July-September, 56 per cent said the objective was sightseeing, while 44 per cent travelled to visit their families.”

The survey also asked respondents about their travel plans for October; 47.7 per cent said they have no plan to travel upcountry, 40.6 per cent are still not sure, while only 11.7 per cent already have a plan.

“The top three issue that worry consumers in the current situation are: a second Covid-19 wave (40.1 per cent), increasing prices of consumer products (17.2 per cent) and increasing household debt (14.4 per cent),” added Pimchanok.

“From the survey results, there are indications that domestic tourism might not recover in the second half of the year, as people are still worried about the pandemic and economic recession,” she said. “Entrepreneurs in the tourism industry need to adjust their strategy to suit consumer behaviour in the new normal era, with focus on increasing protection against Covid-19 as well as keeping the price affordable and suitable to the consumer’s economic status.”

“The Ministry of Commerce has been conducting surveys on consumer behaviour as well as product and service prices periodically to make sure that there is no price gouging or product hoarding. If you witness or experience unfair pricing of products or services, please contact the ministry’s hotline at 1569,” she added.