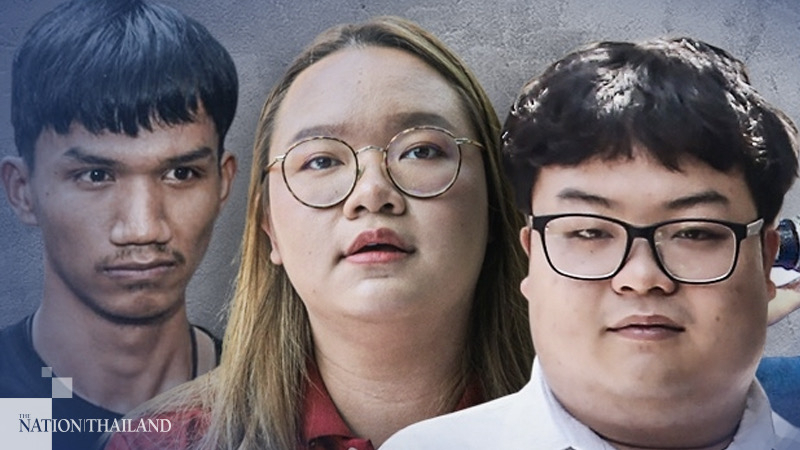 From left: Mike, Rung and Penguin

Police have issued summons to 12 pro-democracy protest leaders over charges relating to Section 112, according to a news source at the Royal Thai Police headquarters on Tuesday.

Section 112 of the Criminal Code states that “whoever defames, insults or threatens the King, the Queen, the Heir-apparent or the Regent, will be punished with imprisonment of three to 15 years”.

The source also said investigation officers had requested arrest warrants from the court but were denied these due to the suspects being public figures with permanent residences, so they opted to issue summons instead.

“The police are working on summoning an additional 3-5 protest leaders under Section 112 charges,” the source added.