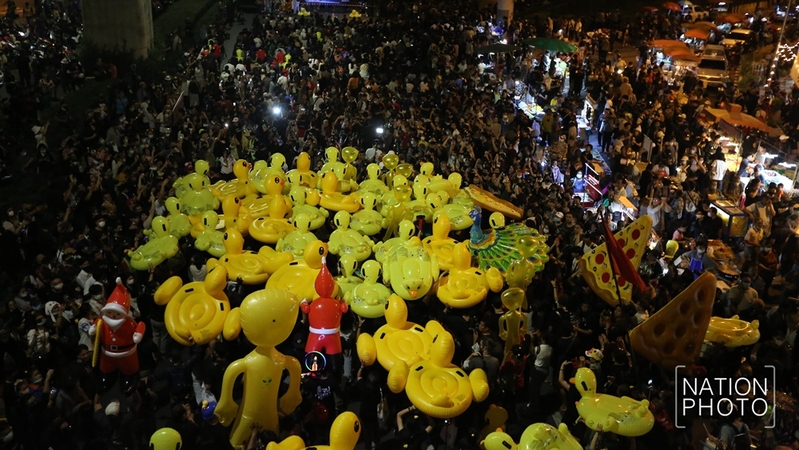 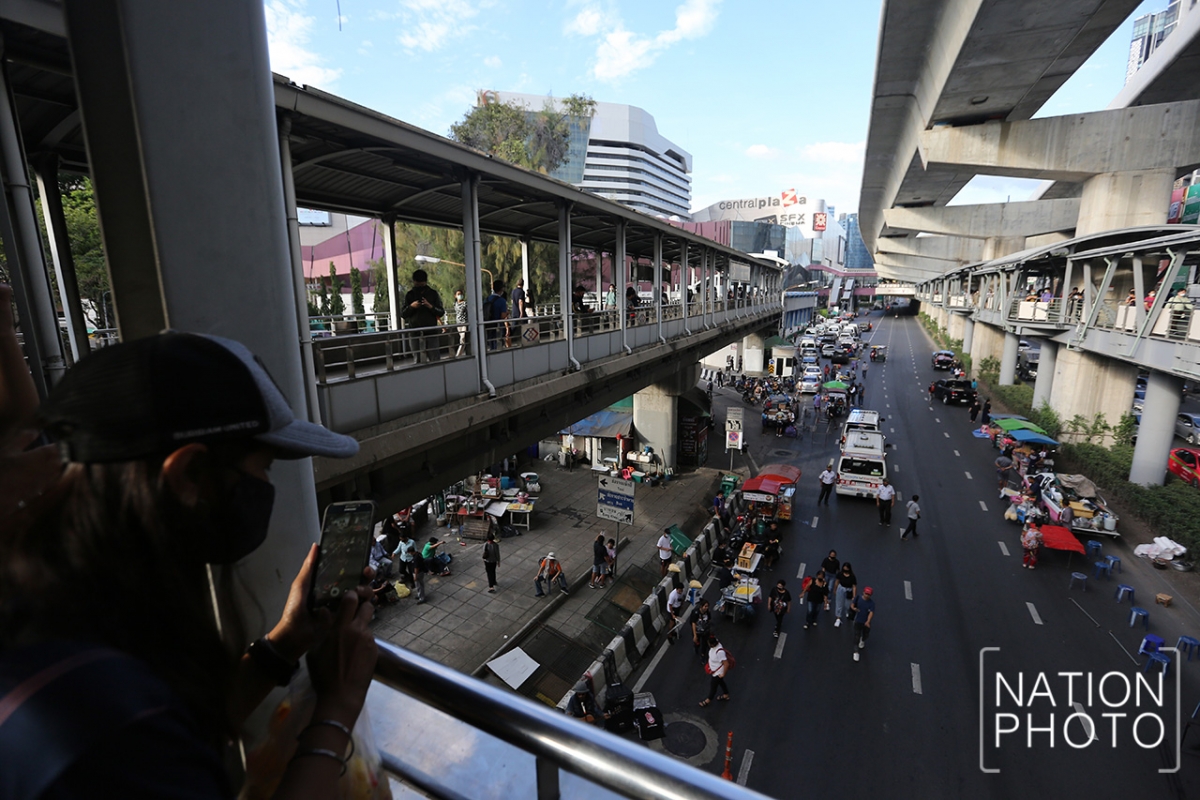 A Facebook announcement by the United Front of Thammasat and Demonstration said the rally would be “a drill against a coup d’etat”. 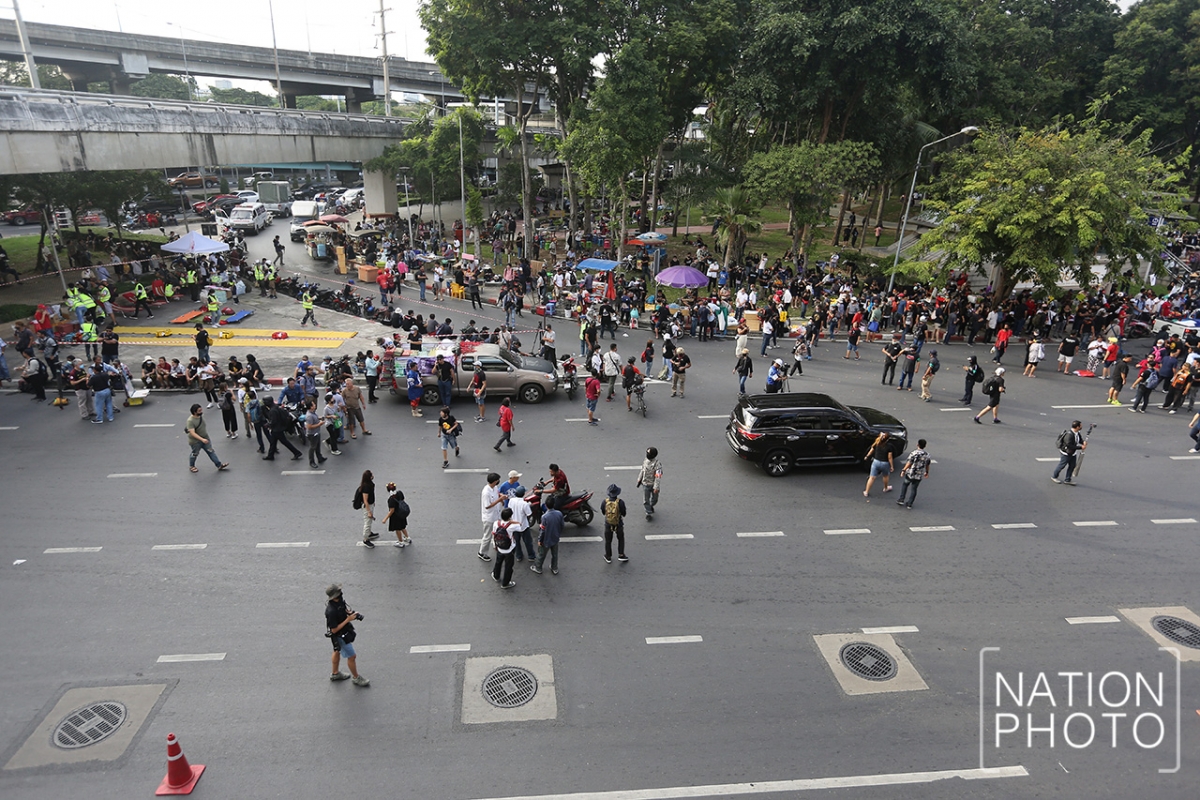 “There have been too many coups in the past, so history has taught us to remain vigilant,” it said. “Therefore, we would like to invite everyone to participate in a drill to prepare for another coup that could happen.” 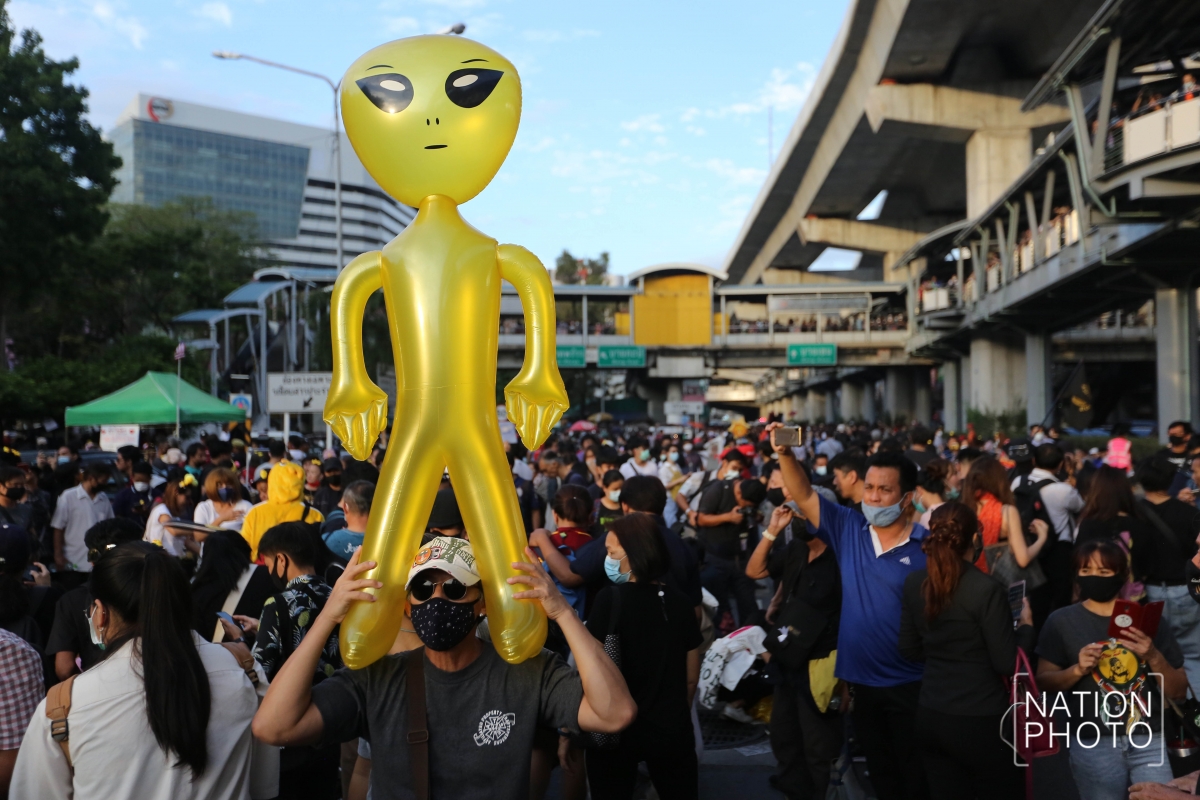 The group added that people would no longer tolerate coups that abolish sitting governments. 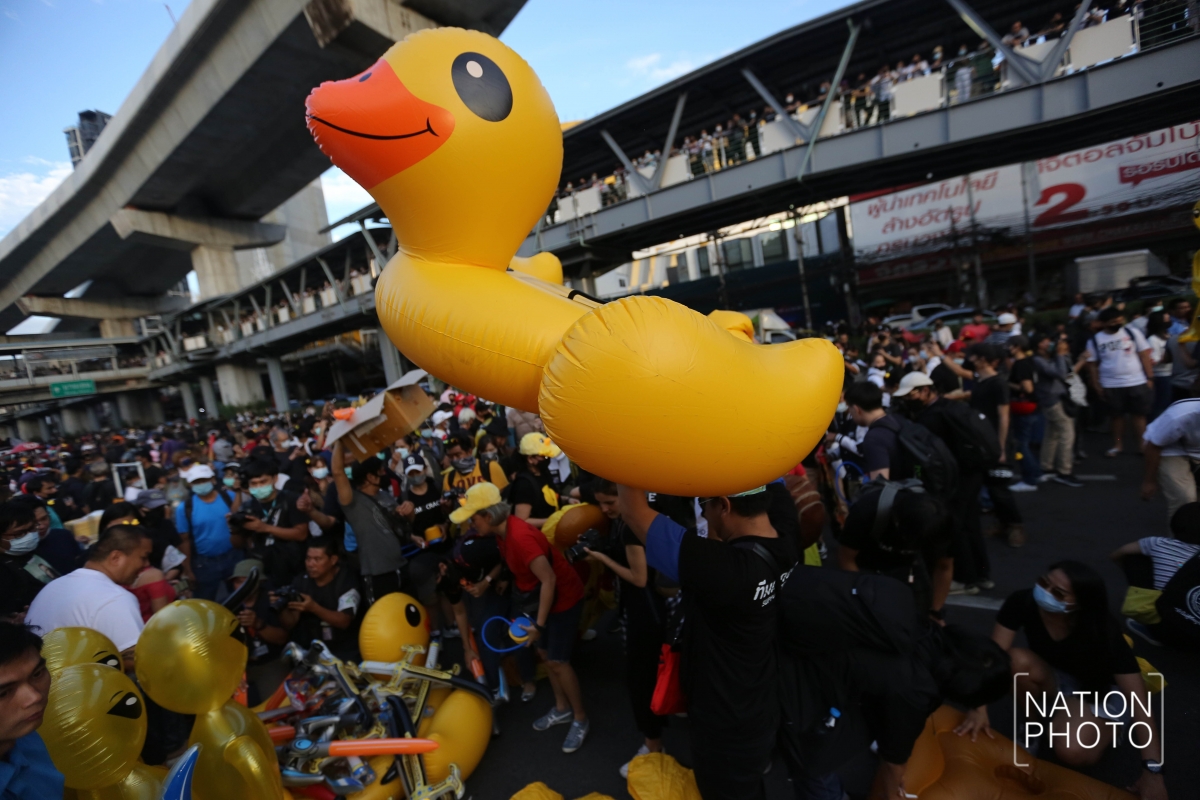 Thailand has experienced at least 12 successful coups since the Siamese Revolution changed the country from an absolute monarchy to a constitutional monarchy in 1932 – an average of one coup every seven years. The last coup was staged by then-Army chief Prayut Chan-o-cha almost seven years ago in May 2014. 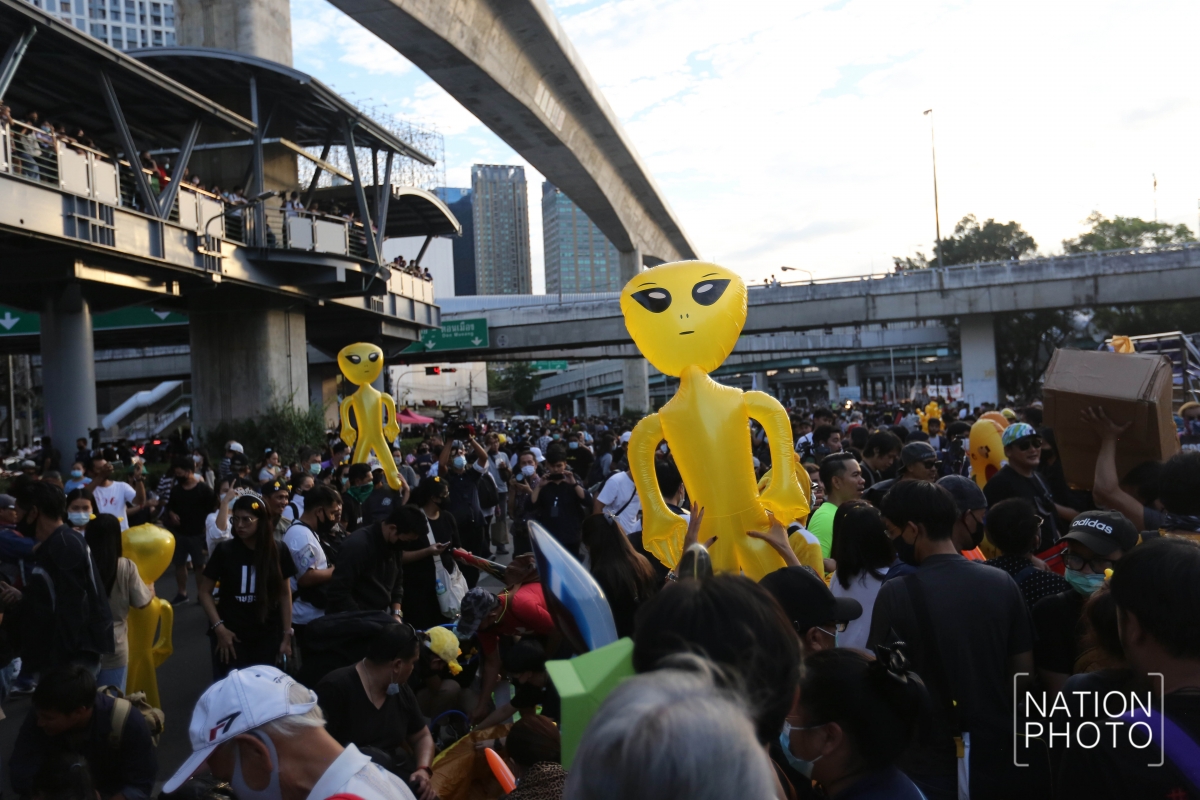 As evening fell, the protesters began the drill by flashing three-finger salutes at inflatable rubber ducks, which were meant to represent a group of soldiers. 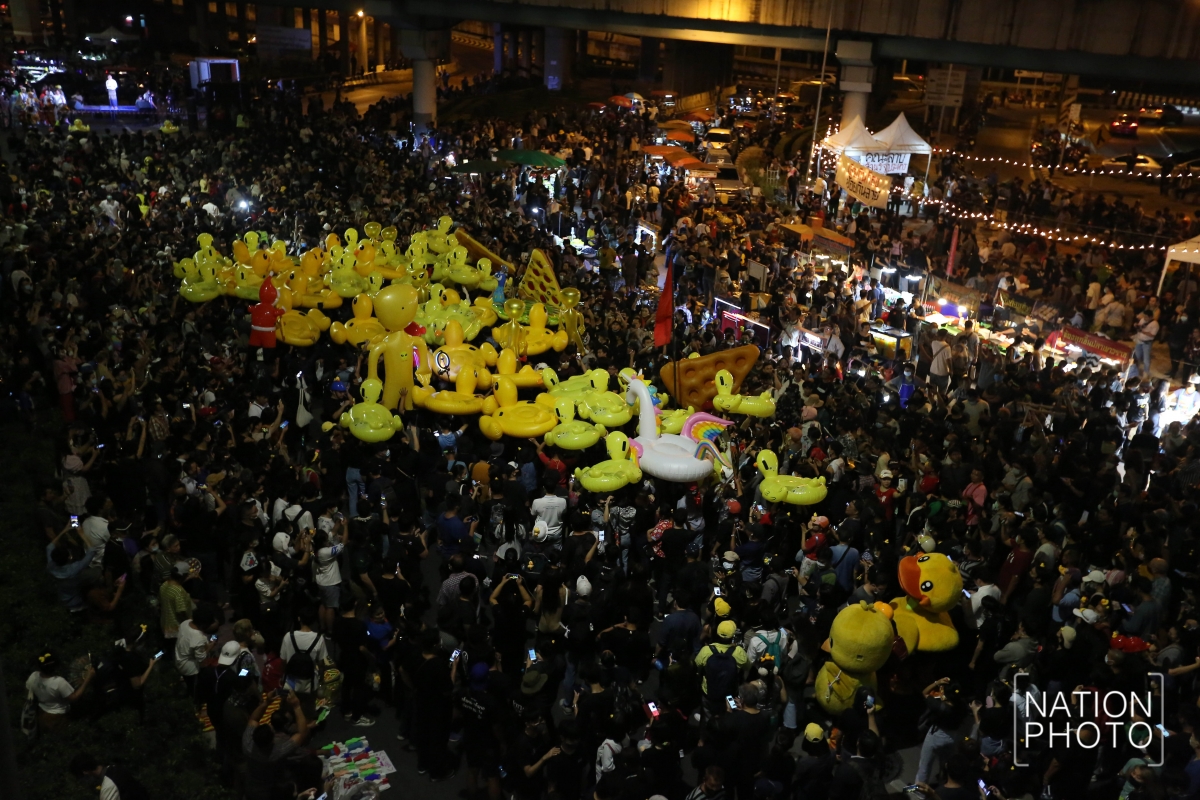