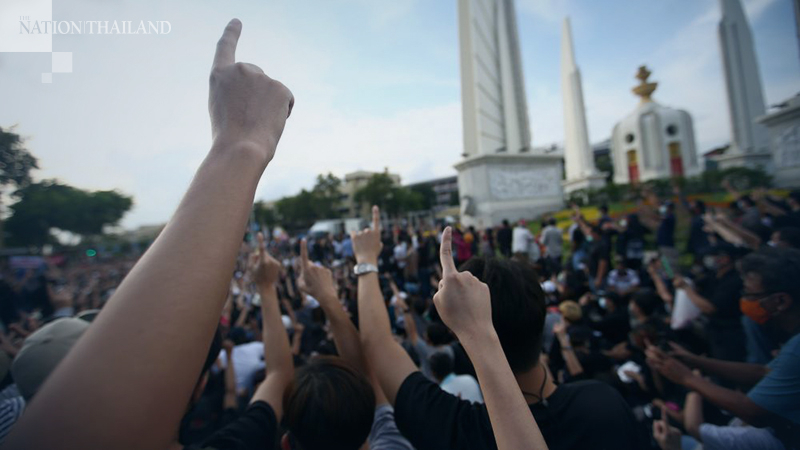 Pro-democracy groups United Front of Thammasat and Demonstration as well as Mob Fest invited supporters via Facebook on Wednesday to participate in the “Abolish 112 and We Will Tell You” event at the October 14 Memorial in Bangkok's Ratchadamnoen Road on Thursday.

An earlier Facebook post said the event was being held to mark Constitution Day and Human Rights Day.

The group said the event will run from 10am to 6pm and will feature academic speeches and exhibitions related to the lese majeste law. Musical performances are also pencilled in for the event.

The lese majeste law or Section 112 of the Criminal Code states that “whoever defames, insults or threatens the King, the Queen, the Heir-apparent or the Regent, will be punished with imprisonment of three to 15 years”.

Prime Minister Prayut Chan-o-cha has given police free rein to use this law against pro-democracy activists for the first time in two years.